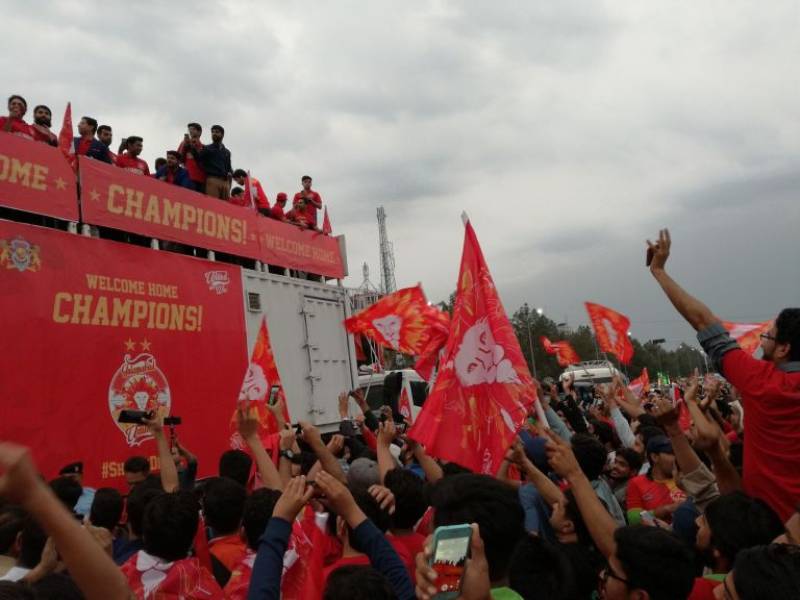 ISLAMABAD: The Pakistan Super League may have ended two weeks ago, but the celebrations by reigning champions Islamabad United have only just begun! The winning team changed the game altogether by announcing a never been done before celebratory parade in the capital city to welcome back the champions.

The parade began started from D-Chowk Islamabad around 4:00 PM and it seemed like all of Islamabad had come out on the streets to celebrate this victory together. Heavy rains could not even stop the excited and thrilled Islamabadis who went towards Fatima Jinnah Park where the parade ended.

Afterwards, the team moved forward to the convention center where they enjoyed a qawali night by the legendary Abida Parveen.

They even got together at the Pakistan Monument to commemorate their victory and got to meet President Mamnoon Hussain;

#ISLUFamily at the President's House!

We emerged as the champion of PSL yet again and visited President Mamnoon Hussain. This one is for all our fans throughout the country. Thank you for being a part of our journey. #UnitedWeWin #SherKiDhaar #ISLUVictoryCelebrations pic.twitter.com/ZZ8MPqQmlG

Here are some of the highlights of the celebrations and victory shots;