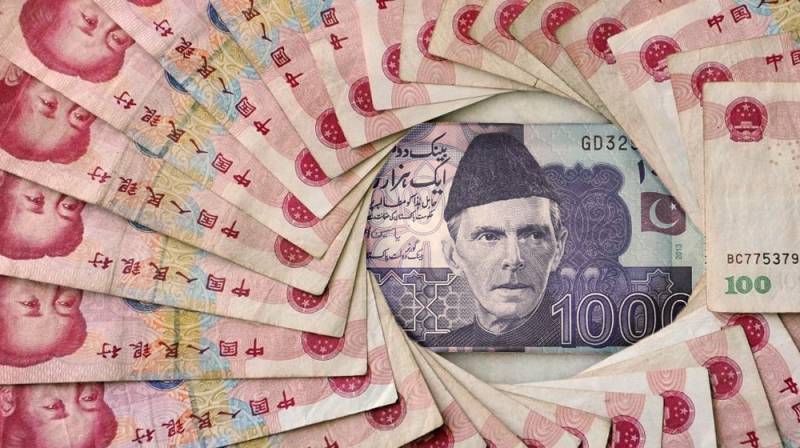 KARACHI - The Bank of China has been allowed by the State Bank of Pakistan to establish Chinese yuan settlement and clearing setup in Pakistan for smooth payments in Chinese currency and strengthening trade relations between both countries.

In a statement, the SBP emphasised that it had continuously been taking policy measures to ensure imports, exports and transaction financing with China were denominated in the Chinese currency.

The SBP has also inked a Currency Swap Agreement (CSA) with People’s Bank of China (BOC) to promote bilateral trade and financing direct investment between the two Asian neighbours in their respective local currencies.

Now, according to the SBP’s statement, the Bank of China can open yuan accounts of banks operating in Pakistan to facilitate settlement of yuan-based transactions such as remittance to/from China.

ISLAMABAD - The Bank of China formally launched its operations in Pakistan with the inauguration of its first branch in ...

The Bank of China can also provide yuan liquidity to the interbank ket for the settlement of transactions.

“These steps are part of the efforts by SBP to encourage trade with China in Yuan and eventually in the respective local currencies. This settlement and clearing mechanism is expected to reduce costs and increase efficiency for the local banking system in transacting in Yuans,” an SBP spokesperson said.

This is SBP’s second agreement with a Chinese bank to facilitate local currency cross-border trade.

Earlier, in 2015, the SBP has already allowed the Industrial and Commercial Bank of China (ICBC) to offer same services in Pakistan.

SBP hopes the step will benefit long-term benefits for China-Pakistan relationship in general and Pakistan’s economy and banking system in particular.

The spokesperson further said that currency swaps will enhance market liquidity and facilitate settlement of growing trade and investment transactions between China and Pakistan in Chinese Yuan.