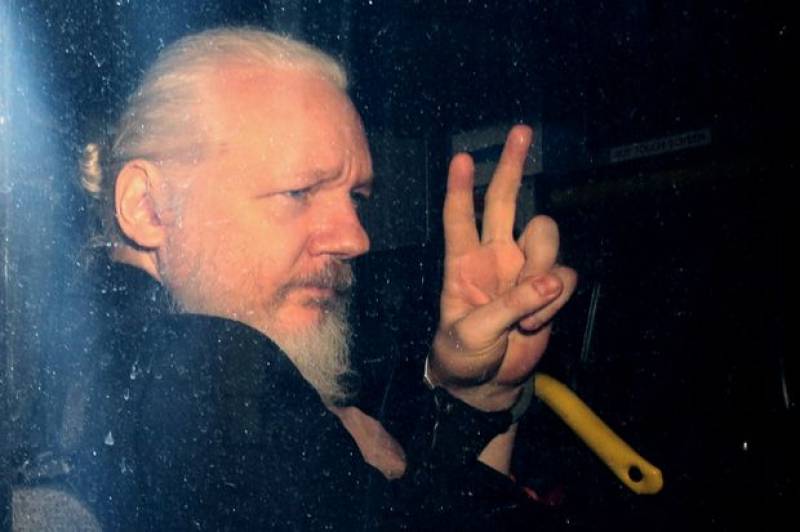 LONDON - Classified information publisher, WikiLeaks has found a recent agreement between the International Monetary Fund (IMF) and Ecuador as a reason behind the arrest of famed whistleblower Julian Assange.

A recent tweet posted by verified WikiLeaks account points to an article published by the British paper, the Economist, in which it has been revealed that Ecuador was coming closer to international institutions under the rule of President Lenín Moreno which could be the reason behind the arrest of global whistleblower.

'Last month Mr Moreno seemed to complete the policy rupture when his government signed a $4.2bn loan agreement with the imf,' the paper wrote implying that the incumbent leader was deviating from the policies of his predecessor Rafael Correa.

The Economist also quoted one of the statements of Correa who said: because we are bad pupils of the imf, things are going well in Ecuador.

The Economist relates Ecuador betrayal of Assange to having "signed a $4.2bn loan agreement with the IMF" last month.https://t.co/CnIqMPgp12

The British publication brands the policy shift as populism to moderation and visibly hints at the growing ties between the country in South America and international financial institution.

Ecuador's former preisdent Correa had granted asylum to Julain Assange in 2012, however, the privilege was withdrawn by incumbent Moreno following which the WikiLeaks co-founder was arrested on Thursday.

The Economist also highlights the declining popularity of Moreno and corruptions allegations him, specifically him buying a flat in Spain - though Moreni denies the charges.

'The aim of the programme agreed with the imf is to put the public finances on a sustainable basis and improve the economy’s competitiveness. It involves an ambitious fiscal adjustment, of five points of gdp over the next three years,' the paper states referring to the package.

The United States announced charges against Julian Assange on Thursday, accusing him of helping Chelsea Manning break into classified computers at the Pentagon.

Britain has assured Ecuador that Assange will not be extradited to a country that has the death penalty, Ecuadorean President Lenin Moreno said on Thursday after Assange's arrest in London.

“In line with our strong commitment to human rights and international law, I requested Great Britain to guarantee that Assange would not be extradited to a country where he could face torture or the death penalty,” Moreno said in a video posted on Twitter.

“The British government has confirmed it in writing, in accordance with its own rules,” he added.