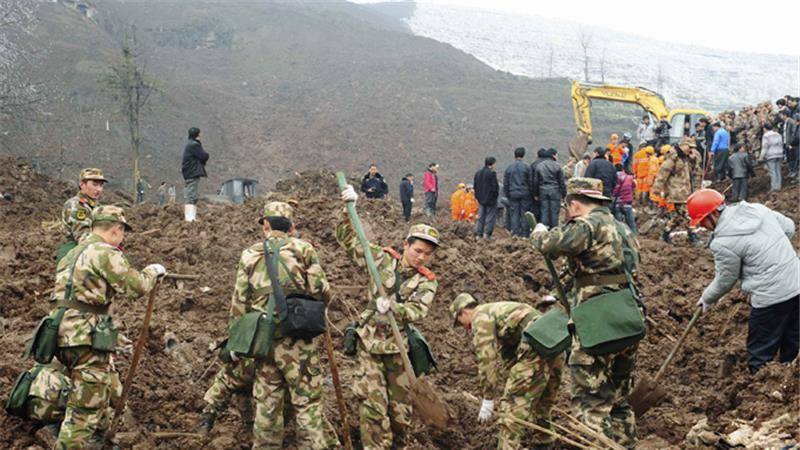 XI'AN (Web Desk) - At least 26 people have gone missing in China's northwest Shaanxi province, after a landslide buried the living quarters of a mining company under one million cubic metres of earth, according to local authorities.

About 1 million cubic metres of mud buried dormitories and homes owned by the Shaanxi Wuzhou Mining Company in Shanyang county early on Wednesday, the BBC reported. 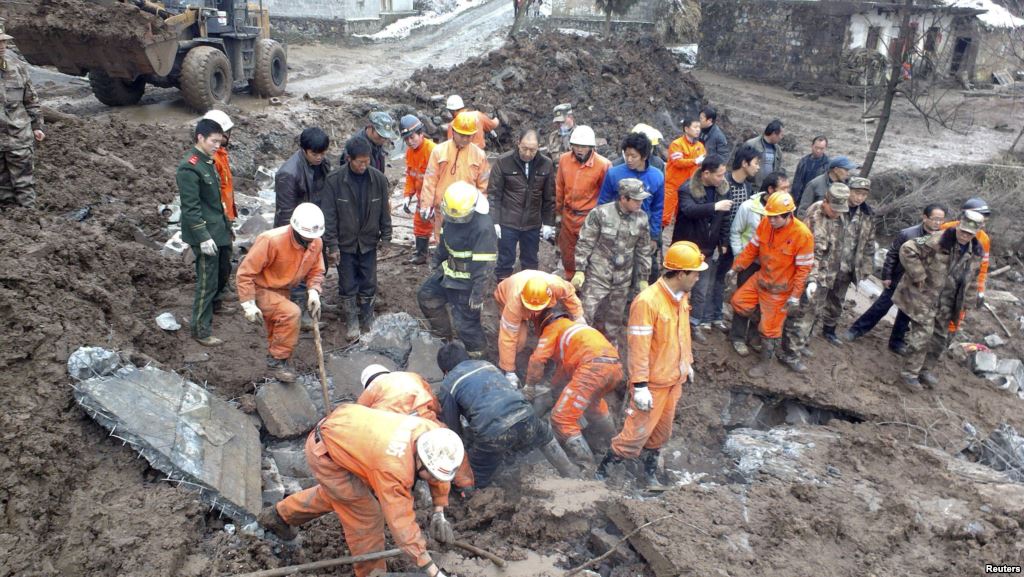 Officials said 14 people had been rescued, the operations had been greatly hampered by heavy rain.

Shanyang officials said the authorities were alerted to the landslide at 01:47 local time (17:47 GMT on Tuesday).

The local government said on its website that people in the area surrounding the landslide had been evacuated, and that large machinery and rescue personnel had been brought in. 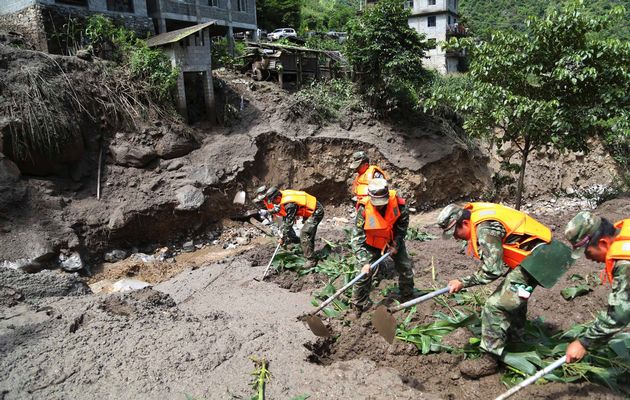 State broadcaster CCTV said dozens of soldiers, some with sniffer dogs, were at the scene looking for signs of life.

The deluge shortly after midnight swallowed 15 employee dormitories and three residential houses in Shangluo, in the northern province of Shaanxi, the city government said in a statement on Wednesday.

Around 40 people were missing, it said, adding that police, firefighters, mining rescuers and medical staff had been sent to the site and residents in the area evacuated.

Separately, a coal and gas burst on Tuesday night in a mine in the southwestern province of Guizhou killed 10 people and left one more missing, provincial work safety authorities said in a statement. 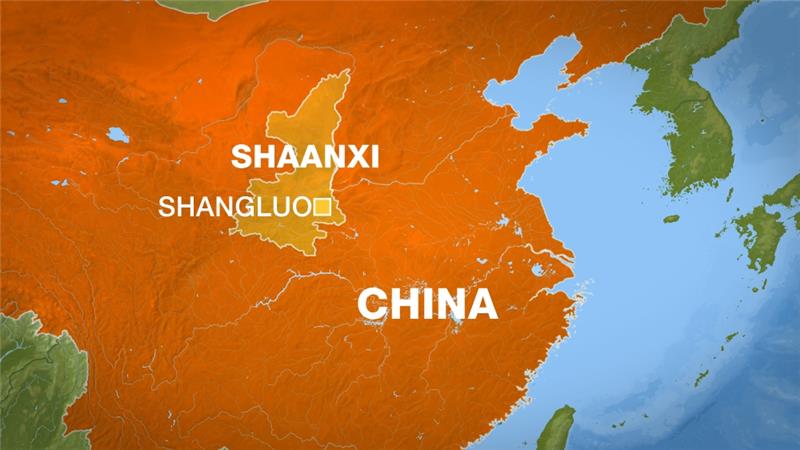 Rescue efforts were under way, the statement Wednesday said.

China - the world's largest producer of coal - is grappling to improve standards in the sector, where regulations are often flouted and corruption enables bosses to pursue profits at the cost of worker safety.