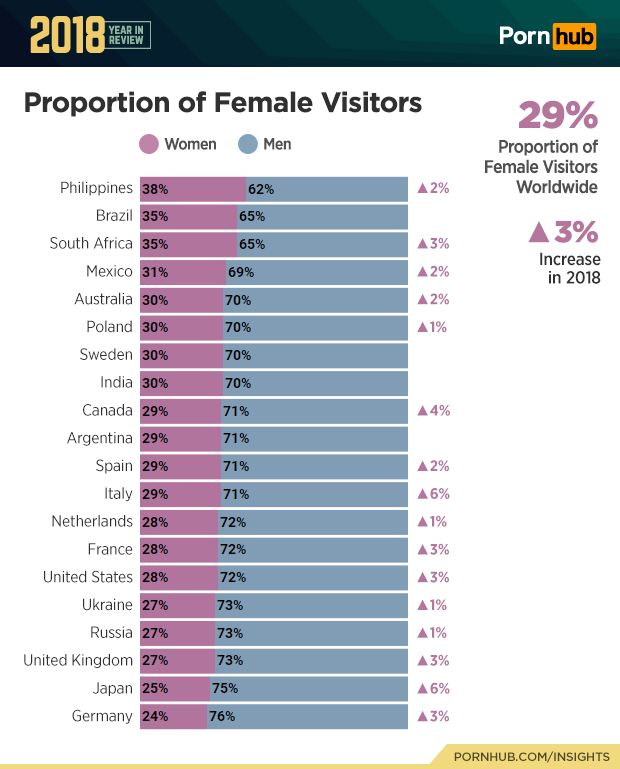 Among Pornhub’s top 20 traffic countries, the Philippines has the highest proportion of female visitors at 38%, followed by 35% of both Brazil’s and South Africa’s traffic. Japan and Italy both saw female viewership grow by 6 percentage points compared to 2017.

The United States continues to lead Pornhub’s charts with the highest traffic by a long shot. 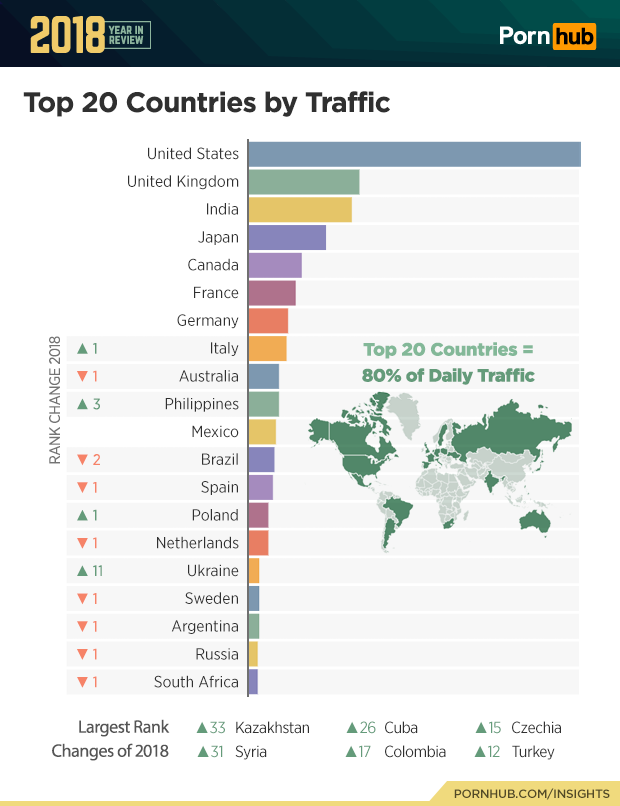 However, there has been some serious ‘progress’ since 2016. While the U.K. holds onto the number 2 spot, India has claimed 3rd and Japan climbed up to 4th. 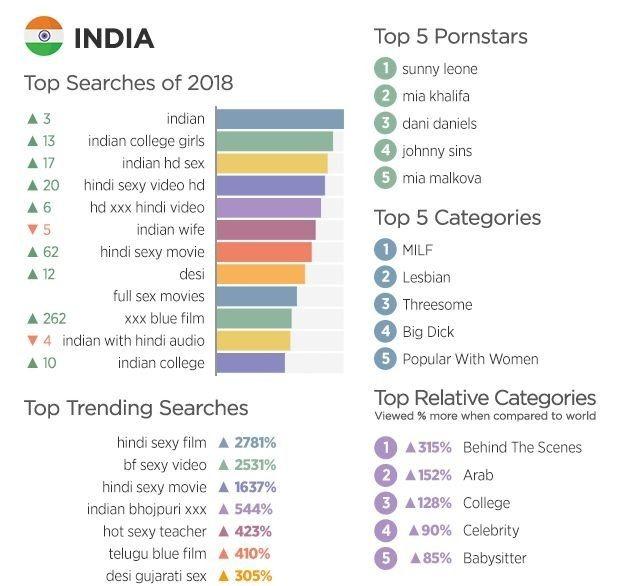 Compared to the worldwide average, visitors from India are 315% more likely to view ‘Behind the Scenes’ videos, 152% more for ‘Arab’ and 128% more for ‘College’.