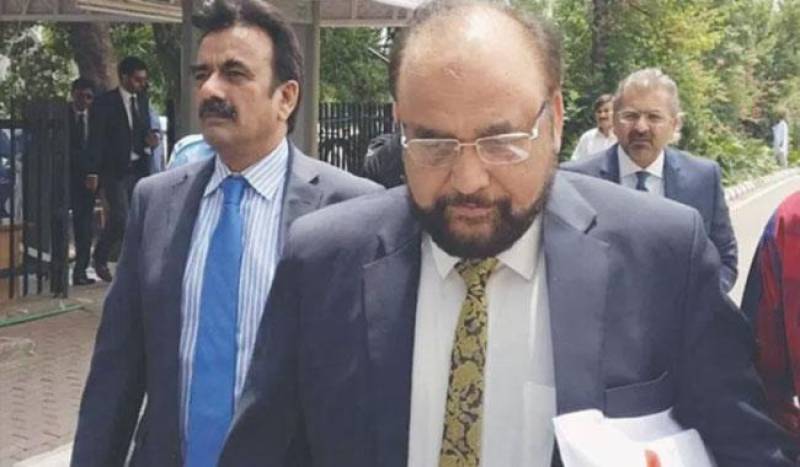 Earlier today, Judge Mohammad Bashir adjourned hearing until 11:30 after Zia, a star witness in the case, did not appear in the court as he was in the Supreme Court to get a copy of the JIT report. He also submitted wealth statements in the court.

The National Accountability Bureau (NAB) has filed a reference against former finance minister for possessing assets beyond known sources of income in the light of Panamagate verdict announced by the Supreme Court on July 28, 2017.

The judge resumed hearing of the case after Wajid Zia appeared before the court and submitted volume one and nine of the original Panama case JIT report. He also recorded his statement in the case. The court has recorded statements of 26 out of 28 prosecution witnesses.

He informed the court that the apex court constituted the JIT on May 5 under his leadership, adding that his name was suggested by the FIA.

The court has summoned investigation officer Nadir Abbas and another prosecution witness on next hearing.

The court was informed that Zia had been summoned and should appear soon. The judge then adjourned the proceedings until 11:30am today to give time to the prosecution witness to appear.