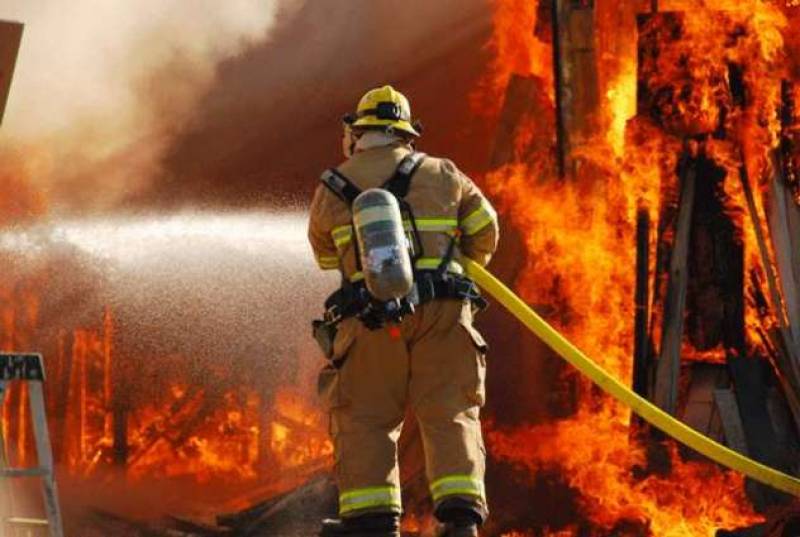 ISLAMABAD – At least six members of a family, including parents, two sons and two daughters, were burned to death when a fire broke out after a short circuit in a house near Kotla Gujrat on Sunday.

As per details, the short circuit initially sparked a fire in a house where six family members were sleeping.

The smoke and fire caused the six persons to suffocate to death, said rescue sources.

Rescue sources further said the fire erupted in a house where a man, his wife and their four children were residing,private news channels reported.

After being informed of the incident, fire fighters and rescue teams had reached the spot and doused the blaze.

The dead bodies were shifted to nearby hospital where the bodies were handed over to heirs afterpostmortem, rescue sources said.