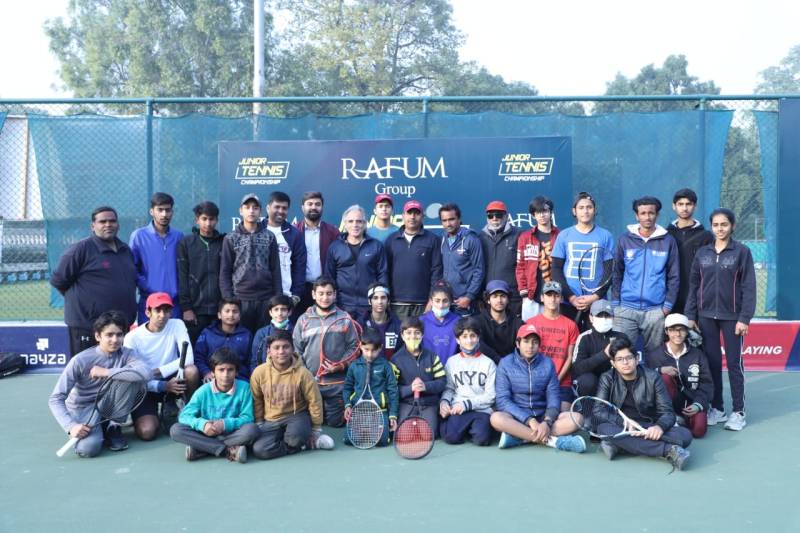 Speaking on the occasion, Malik (Tamgha-e-Imtiaz) thanked Rafum Group CEO Zahid Hussain for his all-out support for sports and especially for tennis. “Mr. Zahid Hussain is a keen tennis lover and he is especially emphasizing on the development and promotion of junior tennis, as the youth is our future and with hard work and dedication, they will become future tennis stars and serve the country at higher level.”

On Tuesday, the first round matches were played and all the seeded players advanced to the next round.

The second round matches of the championship will be played on Wednesday at the Punjab Tennis Academy.