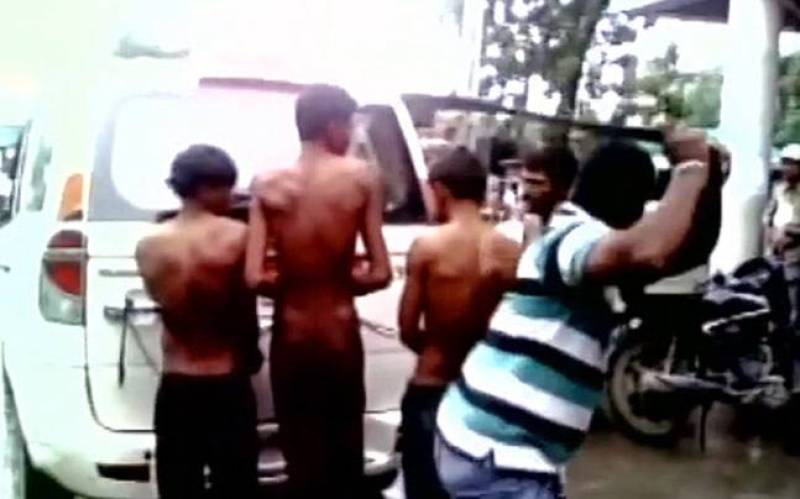 AHMEDABAD (Web Desk) - Four young Indian men were stripped, tied to a car and beaten by a cow vigilante group in Gujarat on Monday.

The trio of the assailants have been arrested after footage of the assault, which they had uploaded online as a warning, went viral.

The incident took place in Gir Somnath, about 400 km from Ahmedabad.

Inwards the picture, the attackers are seen aggressively confronting and interrogating a group of tannery workers carrying animal hide.

"Where did you get the cow skin?" one of the attackers is heard demanding. Later the third grade, the attackers are seen tying up the men to a car and thrashing them brutally with sticks on their naked back.

The group uploaded the video online, unwittingly helping the police track them down as the footage was widely shared. Two of the accused are still missing.

Attacks linked to beef-eating and alleged cow killing were at the centre of a debate last year on intolerance.

In September, a Muslim man was lynched in Uttar Pradesh's Dadri over rumours that he had beef in his house.