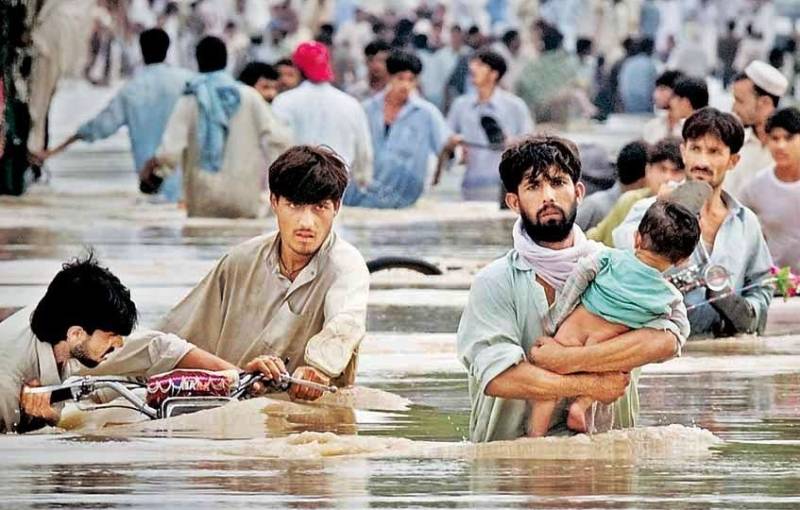 PESHAWAR (Web Desk) - Torrential rains and flash floods have killed 45 persons and injured 25 others in various incidents during last ten days in different parts of the Khyber Pakhtunkhwa (KP) province.

According to latest report of the KP Provincial Disasters Management Authority (PDMA), most of the casualties occurred in Chitral district where 29 people including 21 civilians and eight security personnel died and four others injured due to flash floods caused by heavy torrential rains on July 2.

Bodies of 19 victims have been recovered while efforts are underway for recovery of remaining ones. The floods and heavy rains destroyed 20 houses, besides partially damaging 27 others.

In Kohat, rain and floods killed seven people and injured other seven, besides partially damaging a house.

At Kandar dam picnic spot in Kohat, five people including four women died when a child drowned into water and all four ladies jumped to rescue the child, but all of them died afterwards.

Two deaths were reported due to roof collapse incidents in Kohat.

In Mardan, as many as four people lost their lives and six others injured due to heavy windstorm and rains at villages Pir Saddi and Shergarah of Takhtbhai tehsil on night between July 6-7.

Three people were killed and six others injured due to cloud outburst at Shinkar. At least one person drowned in Irrigation Canal at Dargai in Malakand district whereas another one died and two others injured when a wall collapsed in Swat.