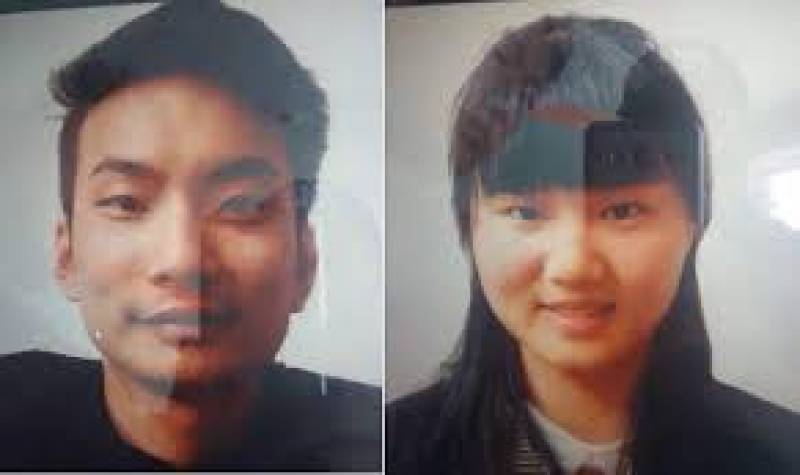 ISLAMABAD - Pakistan has confirmed that a Chinese couple abducted at gunpoint has been killed.

Interior Minister Chaudhry Nisar Ali Khan confirmed the deaths Monday, three days after IS militants claimed to have killed the two and sent a video to local journalists purporting to show their bodies.

Lee Zing Yang, 24, and Meng Li Si, 26, were taken by gunmen from the southwestern city of Quetta last month.

Two Chinese nationals abducted from Quetta last month were involved in preaching instead of business activities — their declared purpose for visiting Pakistan — Interior Minister Chaudhry Nisar was informed in a high-level meeting today.

It was not immediately clear what the interior ministry suspected them of 'preaching'.

The interior ministry confirmed the two Chinese had been killed but it was not clear if their bodies have been found.

After the briefing, the Interior Minister ordered an initial review, followed by regulation and the streamlining of the visa process to avoid the misuse of business visas by foreign nationals.

The interior minister was told that the abductees had gone to Quetta and were engaged in preaching under the garb of learning Urdu from a Korean national, Juan Won Seo, who is the owner of ARK Info Tech.

The minister was informed that the two were part of a group of Chinese citizens who obtained business visas from the Pakistani Embassy in Beijing and entered Pakistan.

Nisar expressed his displeasure at the laxity often shown in granting visas by Pakistani missions abroad. He directed all Pakistani missions to undertake proper scrutiny of visa application forms and acquire all necessary details before exercising their powers.

Nisar directed the Ministry of Foreign Affairs be taken on board and their input be included while formulating new visa policy guidelines for issuance of visas to the foreigners on various visa categories.

At present, Chinese citizens are able to obtain visas faster than other nationals, and for longer periods when their work relates to CPEC projects.

He also called for a data bank of Chinese nationals present in the country to be maintained.

This data bank, to be prepared by National Database Registration Authority (Nadra), should be shared with all security agencies, ordered the minister in the meeting, which was attended by the secretary interior, advocate general, director general of immigration and passports, the deputy chairman Nadra and others.

The minister also said that ensuring the security of foreign nationals is a shared responsibility and that the Pakistani government was doing its bit to secure foreigners.

However, he was quick to point out that the visitors held some responsibility as well, and should inform local authorities about their movements and activities.

The minister observed that it is "highly unfortunate that a misuse of the terms of business visa contributed to the unfortunate abduction and subsequent murder of two innocent Chinese."

IS claimed it killed the couple last week after Pakistan said it had prevented the group from establishing a stronghold. Pakistan has sought to downplay the group's presence, saying local militants are merely acting in its name.

China, a longtime ally of Pakistan, is investing billions of dollars in projects collectively known as the China-Pakistan Economic Corridor (CPEC).