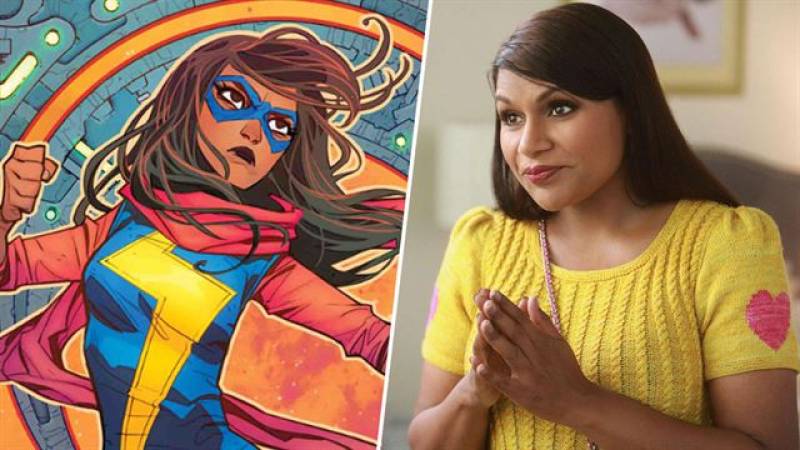 LOS ANGELES- Marvel brass is apparently very interested in bringing the Captain Marvel devotee to life, and Kaling has plenty of ideas for them.

Hollywood star Mindy Kaling has indicated that Marvel is in the process of bringing a Pakistani-American character to the big screen. According to the Late Night actor, studio bosses are “excited” about the prospect of introducing Ms Marvel to the MCU.

Hi everyone, I love Ms. Marvel (aka Kamala Khan) and the geniuses behind her @GWillowWilson @MiniB622 @Marvel, but I have no information about any tv or film adaptation! Wish I did though, when that hits the screen it’s gonna be huge😍

In a new interview with MTV News, Kaling shared that she’s spoken with Marvel brass about bringing Ms. Marvel, the first Pakistani-American superhero in the Marvel milieu, to life on the screen.

.@mindykaling on the conversations she's had with @MarvelStudios about #MsMarvel, and who she thinks she portray the Pakistani American superhero: "I feel it might need to be an unknown" pic.twitter.com/kySV3gxgec

“I think the people I’ve spoken to at Marvel about it are so excited about the character and I think that they’re trying to figure out what to do with it, and, I told them I would help in any way because I truly love her,” Kaling told the outlet. “They really seemed interested, and I think they will probably do something. Now that there’s like this streaming service with them, it might be something like that, but I think they understand how much excitement there is.”

After her interview, speculations arose that Kaling was onboard to portray Marvel’s latest superstar. The Indian-American actress and writer took to Twitter on Monday to clarify her involvement with any possible Ms Marvel projects. While she loves the character, Kaling wrote that she has “no information about any tv or film adaptation.” 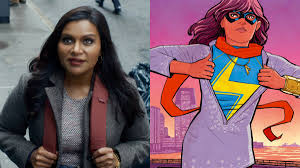 Khan is a teenage Pakistani American from Jersey City, New Jersey with shapeshifting abilities and assumes the mantle of Ms Marvel from her idol, Carol Danvers after Danvers becomes Captain Marvel.

With the Captain Marvel movie a reality, and many forthcoming Marvel projects to hit the big screen and the Disney platform, time will tell if a Ms Marvel adaptation is next.