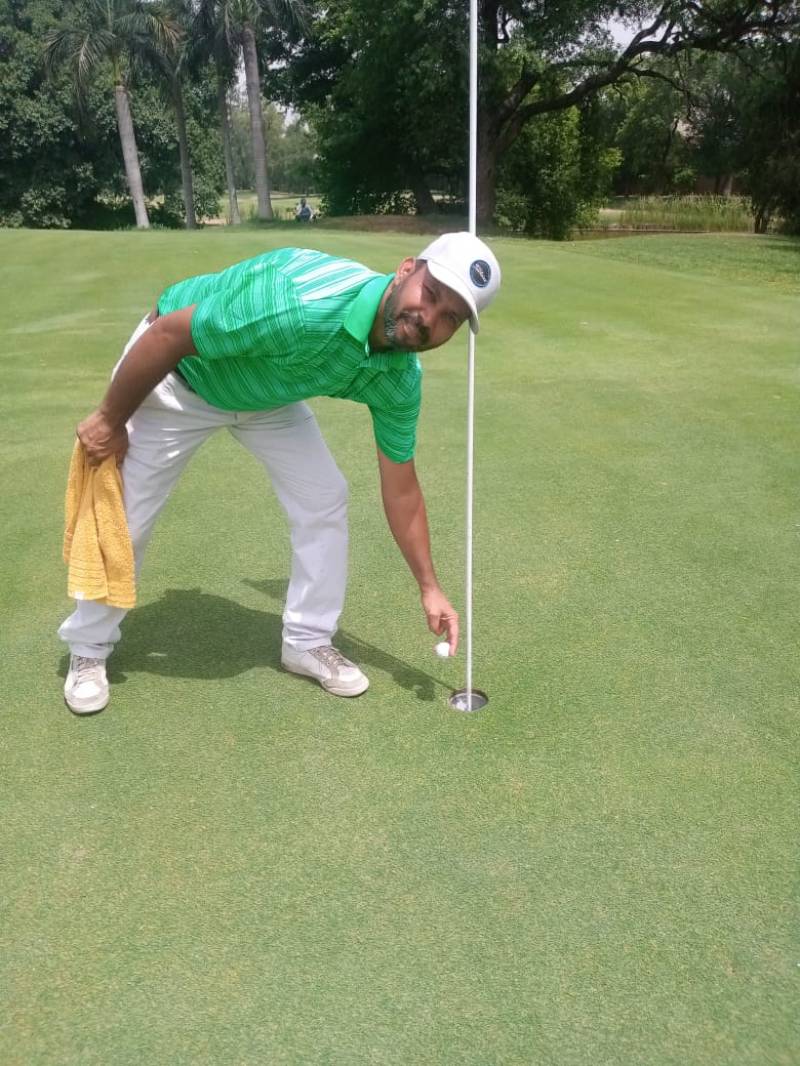 Many golf players who are associated with golf and golf courses all over the country make their livelihood through this connection but seek a more remunerative career of a golf professional by fine tuning their golf playing skills and augmenting earnings through performances in open golf events. The route to this career is through the PGF Qualifying School and after a four-round intense try out, 55 competent and masterly ones have managed to earn the professional golf circuit playing card which makes them eligible to participate in national open golf tournaments. At the start of the trials, 283 were vying for this honor but only 55 succeeded while 60 got the reserves card and 168 were weeded out.

The man, who topped in the PGF Qualifying School 2021-22, was Aamir Khan of Peshawar. Up against some artful adversaries, he played the four rounds with controlled nerves and compiling scores of 72 in the first round, 73 in the second round, again 73 in the third round and excellence oriented 69 in the final round on Friday. Overall aggregate for four rounds achieved by him was 287, one under par and his effort looks notable as he is the only one with an aggregate under par score.

Out of the other illustrious ones, Aasher Masih of Lahore Gymkhana ended up as runner-up by showcasing plentiful golfing ability. Hopefully when he competes in national events, his performance will stand out and bring forth good rewards for him. His aggregate score for four rounds in this championship was 290. Minhaj Maqsood of Rawalpindi ended up third with a four-round aggregate score of 293.

Some others, who also impressed with their capabilities, are Kamran Shafiq (Gymkhana), Nasir Masih (LGGC), Haroon Rashid (Peshawar), Syed Raza Ali (PAF), and Shah Masih (KGC). Another notable happening on the final day was that Ali Asghar had a hole in one on the second hole through an excellent shot.