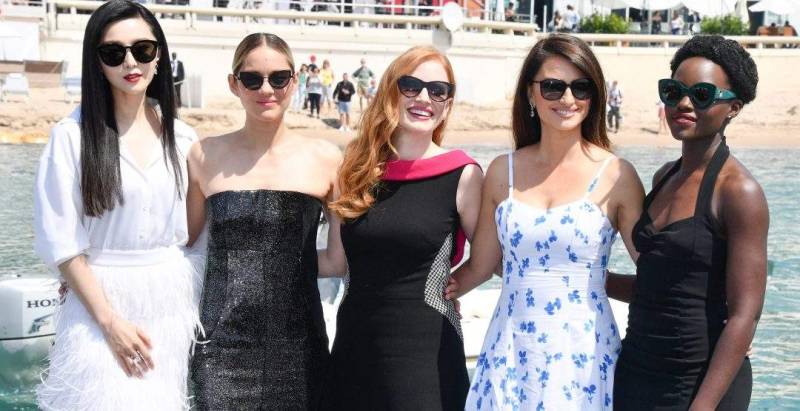 CANNES - A spy movie with all female star cast is in the works, and it probably is the biggest news that this year's Cannes Film Festival has to offer.

By the name of '355', Starring Academy Award Nominee Jessica Chastain,and big names including Marion Cotillard, Penelope Cruz, Lupita Nyong’o and Fan Bingbing, the movie will be similar to names of 'The Bourne Identity' and 'Mission: Impossible'.

"I love 'Jason Bourne', the Bond films and 'Mission Impossible', and I asked myself why apart from 'Charlie's Angels', there has never been a female spy movie like that," said Jessica on her decision for the $75million dollar budget film.

The film has already gotten an offer of $25 million offer from Global Road Entertainment for North American distribution rights, and it is being reported that there’s also a possibility that a studio like Twentieth Century Fox or Paramount could come in and snatch up global rights on the project.

Joyland: Pakistan’s trans-themed movie makes it to Oscars after facing heat at home