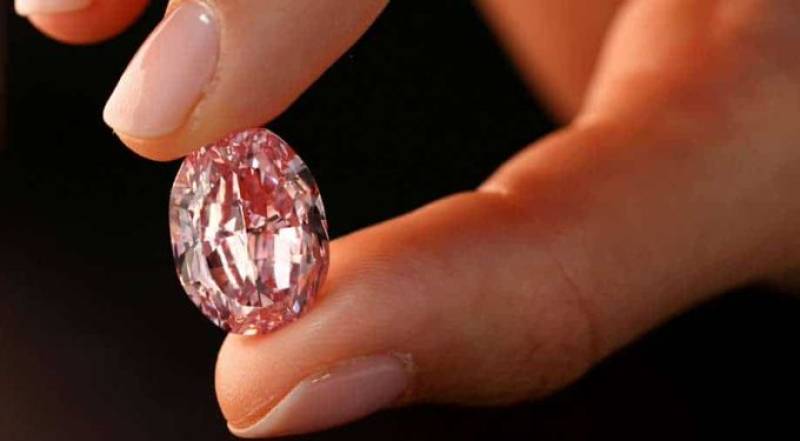 GENEVA – An incredibly rare 14.83-carat Purple-Pink diamond has sold for a record-breaking $26.6 million in Switzerland.

This superb and exceptional Fancy Vivid Purple­Pink Internally Flawless diamond has been named 'The Spirit of the Rose'.

It is the largest ever precious stone, which has been auctioned, as 99% of all pink diamonds are under 10 carats.

NEWSFLASH: An incredibly rare 14.83-carat Purple-Pink Diamond just sold for a record-breaking $26.6m in Geneva! Now that’s what you call a rose-tinted result😍.

The auction house, Sotheby’s has not disclosed the name of the successful bidder but revealed that it was telephone bidder.

The 'The Spirit of the Rose' was mined by Russian diamond producer Alrosa in July 2017 by cutting it from the largest pink crystal ever found in the country.

The previous highest record price for a pink diamond is held by CTF Pink Star. The 59-carat diamond sold at auction for $71 million at Sotheby's in Hong Kong in April 2017.