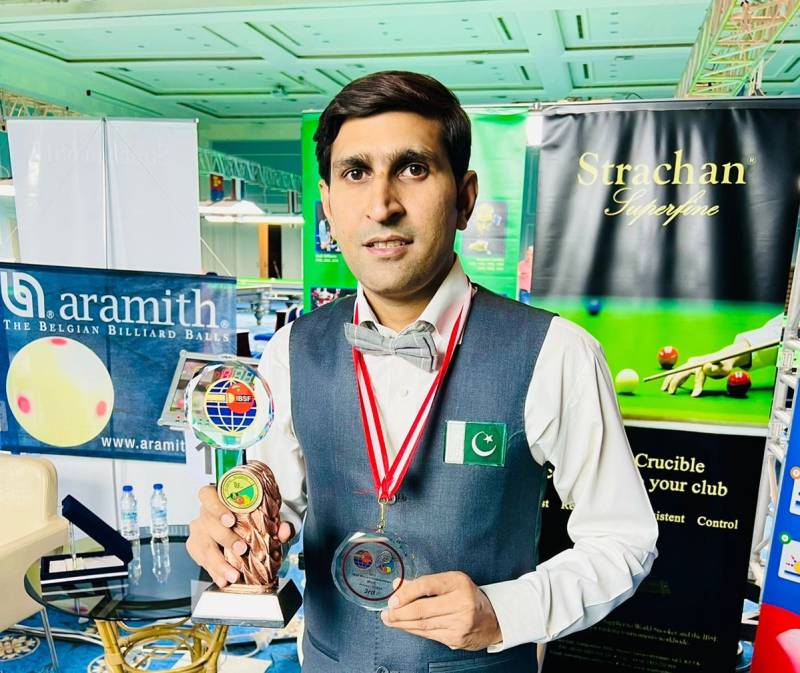 Masih could not make it to the final round as he was defeated by Japan’s player Lim Kok Leong by 5-3 in semi-final of the championship played in Antalya city.

Earlier this week, the Pakistan player defeated the Indian player Brijesh Damani to qualify for the semi-final round.

The fully prepared Pakistani player won four frames while Indian cueist could win only one frame while finishing the match with 4-1.

Ahsan Ramazan and Mohammad Sajjad have been knocked out of the championship after they failed to win the pre-quarter final matches.

He faced off Indian player Pankaj Advani in the final round where he lost the match to rival after neck-to-neck competition.