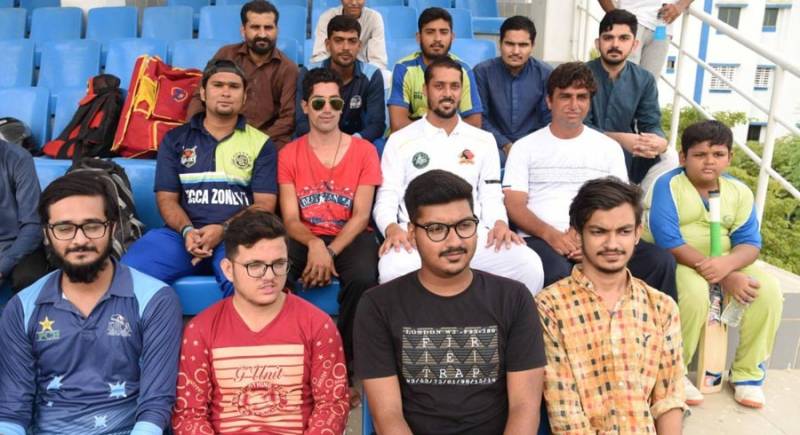 LAHORE - It was the attraction of watching Pakistan's stylish batsman Babar Azam bat which brought fans to Mujahid to Lahore's Gaddafi Stadium on Saturday.

Mujahid Saleem is amongst a strong contingent of young cricket fans who have turned out to watch the cream of Pakistan first-class cricket compete.

To bridge the gap between the cricketers and their fans, the Pakistan Cricket Board (PCB) has opened the gates of the venues, staging Quaid-e-Azam Trophy, for the fans to watch their stars up-close.

"I have only come here to watch Babar Azam bat," says Mujahid, a resident of Rawalpindi who is based in Murdike these days. "I want to click a selfie with him. He is the best player in international cricket

"This is a brilliant gesture by the PCB to open the gates for the Quaid-e-Azam Trophy. This is the pinnacle of domestic cricket and this is where future stars are born."

Perched in the Abdul Hafeez Kardar stand with his friend, Mujahid, an ardent cricket fan, plans to show up until he gets his desired fulfilled.

To the surprise of Mujahid and other fans, Pakistan Test bowler Shaheen Afridi showed up for a meet and greet. As soon as he arrived in the stands, the fans thronged the lanky paceman to click pictures

"It is good to see the fans turn out and watch the Quaid-e-Azam Trophy. This promises to be an exciting season for which fans and players are equally excited," said Shaheen.

College students, dressed in their uniforms, had been pouring in the stands since early morning. When Jamshed Ali, who is pursuing a degree in medicine, was asked why he was at the stadium instead of his classroom, he grinned and said: "Actually, our teacher had not come today so all of us friends decided to come at the Gaddafi Stadium to watch the match."

At the UBL Sports Complex in Karachi, Pakistan all-rounder Anwar Ali met the fans and urged them to keep populating the stands throughout the 2019-20 season.

The PCB will provide free entry to cricket fans around the country in every Quaid-e-Azam Trophy match.