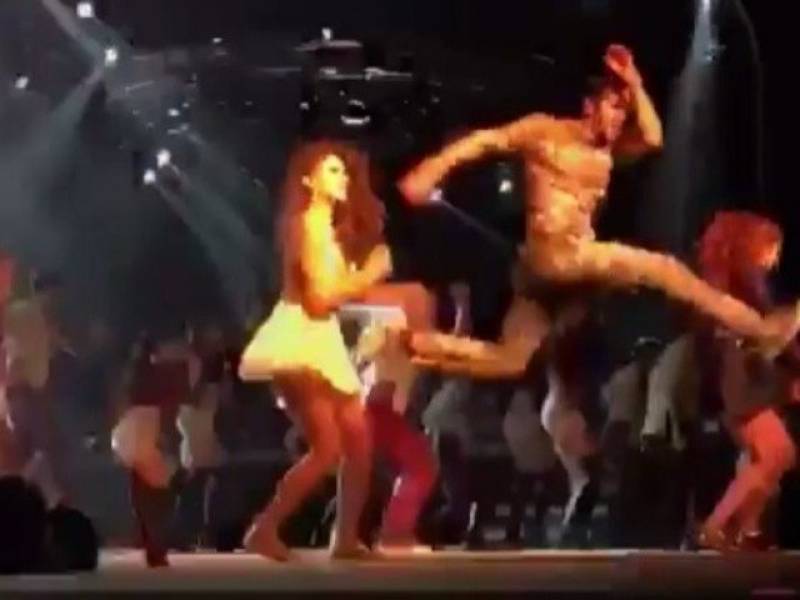 Bollywood actor and heartthrob Varun Dhawan is popular for his extremely upbeat and jaunty dance moves but it becomes really embarrassing when you accidentally side-KICK your very hot and sizzling female co-star while you're at it!

Varun and his Judwaa 2 co-stars Taapsee Pannu and Jacqueline Fernandez were dancing to the popular track 'Chalti Hai Kya 9 Se 12' when the actor kicked Taapsee during one of his high-energy dance steps.

Taapse wasn't over the moon about this mishap and took to her Instagram to vent out her anger!

When your co-star gets so carried away with his dance that he ends up injuring you ???? @varundvn #chaltihaikya9se12 #Judwaa2 #behindthescenes

The clip shows an embarrassed Varun apologizing immediately after the incident and Taapsee, probably hurt by her co-actor's foot hitting her, stepping back and calling off the performance for the night.

Judwaa 2 is a modern twist on the original 1997 blockbuster Judwaa, and with it's much-awaited trailer release it seems to be like a hilarious rom-com that will have us all laughing off of our seats.

The dashing Varun Dhawan will be seen playing the double roles of Raja and Prem, originally played by Salman Khan in the '97 flick. It will also star Jacqueline Fernandez as Alishka played by Karisma Kapoor under the name of Mala in the original film, and Taapsee Pannu as Samaira, while the original character was named Roopa played by Rambha.