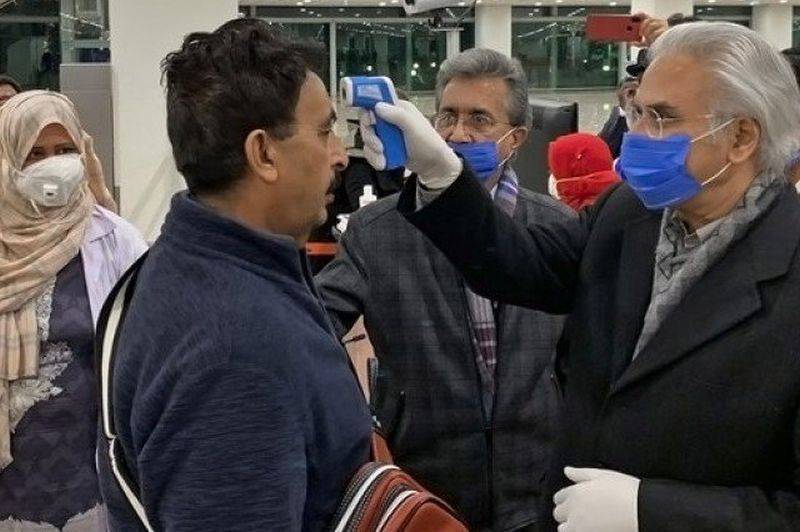 ISLAMABAD – Pakistan's chief justice on Monday ordered the government to remove Dr Zafar Mirza as the Special Assistant to Prime Minister on Health over his "poor performance" amid the coronavirus outbreak in the country.

The CJP was hearing a suo motu notice taken due insufficient facilities to combat the COVID-19 pandemic.

Chief Justice of Pakistan Justice Gulzar Ahmed took the first notice since assuming the office after the apex court concluded hearing over a petition against release of under-trial prisoners by the high courts and provincial governments.

The top court has issued notices to the attorney general, health secretary, interior secretary, all four provincial advocate generals and chief secretary in the case.

On April 7, the top court had declared the verdicts announced by high courts regarding the release of the under-trial prisoners invalid.

The ruling was made by a five-member bench of the apex court headed by Justice Gulzar Ahmad while hearing appeals against orders of the Islamabad High Court (IHC) and Sindh High Court (SHC).

The top court has directed the authorities to arrest the freed inmates again, adding that the prisoners should be released in the light of the recommendations given by the attorney general.

As per the AG’s recommendations, bails can be granted to suspects involved in minor crimes, those who are serving the term due to not paying fines, and those who have been awarded imprisonment less than three years.

Last week, the Supreme Court has suspended the verdicts, barring federal and provincial governments from releasing the culprits due to the pandemic.

The chief justice remarked that hardcore criminals could not be released due to fear of coronavirus, adding, “It is yet to determine under which authority the high courts had issued the orders.