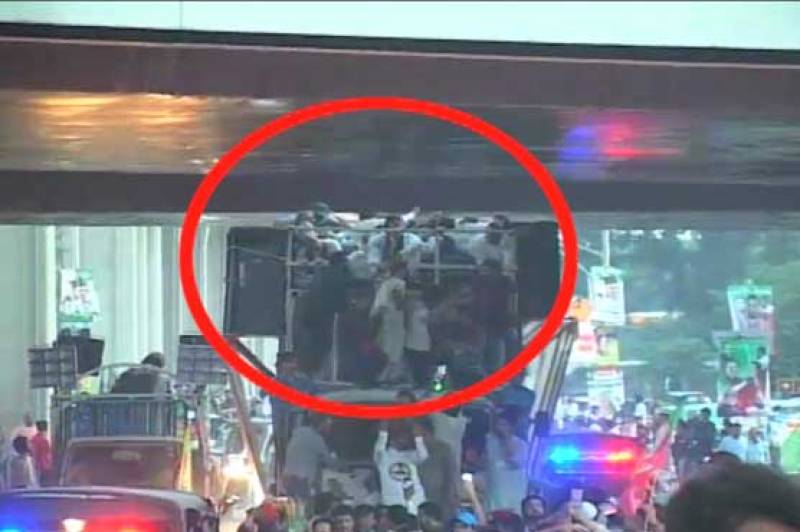 Khan was was atop the container with other party leadership as they headed towards Islamabad from Rawalpindi during the party’s Tehreek-e-Ehtisab (Accountability movement) rally.

PTI Chief underwent a series of unfortunate events during the rally as it progressed from Rawalpindi to Islamabad but was favourable plenty to endure them. The khan was also about to drop away from the container but was capable of avoiding the bad luck.

While the container moved from the Committee Chowk, Imran Khan and other PTI leaders had to duck in order to avert a collision from the overhead bridge.