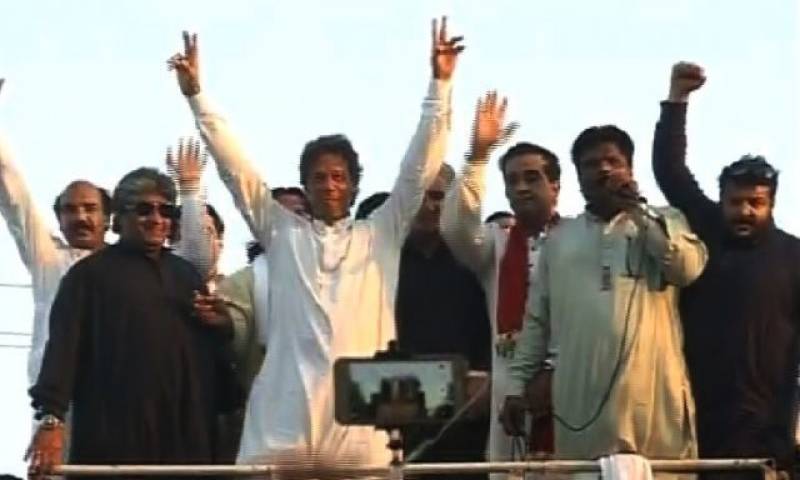 RAWALPINDI (Web Desk) - Pakistan Tehreek-e-Insaf (PTI) Chairman Imran Khan urged the Supreme Court of Pakistan to take sou moto notice of the disclosures made in Panama Leaks regarding offshore wealth of the ruling family on Saturday.

Addressing to the media in front leading his party’s Ehtasab (accountability) rally from Rawalpindi to Islamabad, Khan defended his decision to bring out a rally, saying the peaceful protest was the beauty of democracy.

“We will proceed to hold peaceful protests if institutions fail to render justice,” he stated.

The PTI chief said that the government was resorting to blackmail instead of replying to queries put forward by the opposition parties regarding Panama Leaks.

Khan also accused the PML-N government of attempts put a price tag on the opponent.

Khan asserted that his anti-government protest movement would get along despite the hurdles being created by the regime.