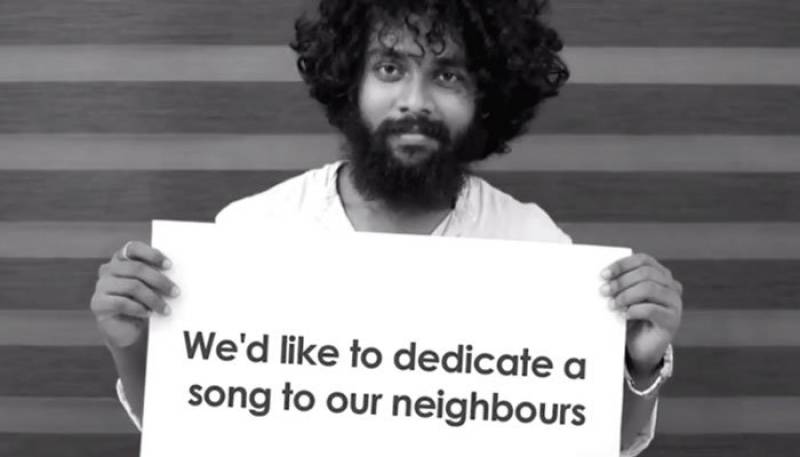 NEW DELHI - It is a gesture of 'gift' that perhaps has the power to melt rifts and gives more reason to build bridges of love between two lovely nations.

Similarly, as Pakistan prepares for its 70th Independence Day celebrations, Indian Acapella Band Voxchord has sent a heartwarming gift across the border: a beautiful rendition of Pakistan’s national anthem.

The two-minute music video starts with members of the band holding placards which read: "This Independence Day, we'd like to dedicate a song to our neighbours. A song about faith, pride and grandeur, of power, progress and perfection."

Many among the Twitterati on both sides of the border hailed the gesture, appreciating the powerful message of the music video.

The world needs more of it.

What a beautiful gesture, rendered with so much finesse, love and care #music #India #Pakistan Thank you VoxChord... https://t.co/QbDJWQB4JA