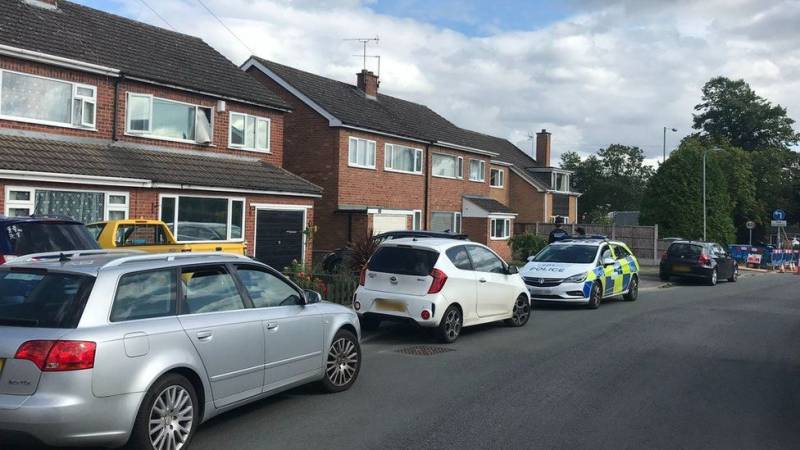 A serving police officer and a three-year-old child have been found dead in Kidderminster, Worcestershire, police said.

Officers were called to an address in Kidderminster where the man, a 39-year-old West Mercia Police officer, and a child were found.

A Hazardous Area Response Team has been sent to the scene, West Midlands Ambulance Service said.

An investigation has been launched into the deaths which, police said, are currently being treated as unexplained.

According to West Mercia's Assistant Chief Constable Rachel Jones: "It is with great sadness that I share the news that a serving police officer and a three-year-old child have passed away.

He said, "While the circumstances of the deaths are not fully known, this is clearly a tragic incident and our deepest condolences are with family and colleagues."

Two officers remained on guard with suited forensics officers bringing material out of the semi-detached house.

The ambulance service was called to reports of a medical emergency at the property at 09:21 BST, where the two bodies were discovered.

"Sadly, it quickly became apparent that neither patient could be saved and they were confirmed dead at the scene," a service spokesman said, adding they sent two ambulances and a paramedic officer to the scene.

Sarah Cooper, chair of West Mercia Police Federation, said it was "deeply shocked and saddened" by the news.

She said, "The ripples from this incident will be far-reaching and I know that officers and staff across West Mercia Police will be impacted hugely by this tragedy."

"My thoughts are with the family affected and West Mercia police officers and staff who are having to come to terms with this awful news," he said.