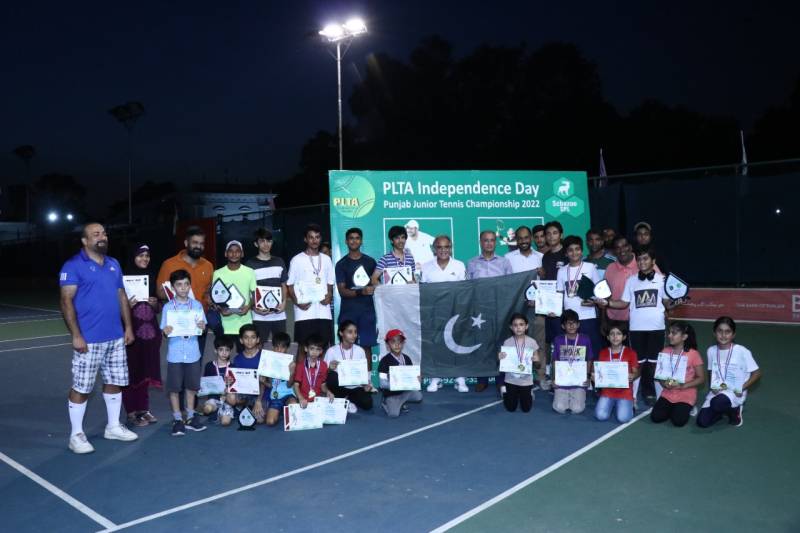 In the boys U-18 final, Asad Zaman was up against Hamza Jawad. Both played well and fought till the end. After a tough battle, Asad managed to hold his nerves and succeeded in winning the title clash by 7-6. Earlier in the boys U-18 semifinals, Asad Zaman beat Ahtesham Arif 6-2 and Hamza Jawad beat Waleed Humayun 7-6.

Asad completed the brace of titles, when he outsmarted Waleed Humayun by 6-2 in the boys U-16 final. Delighted Asad, while talking to media, said that his game is improving with each passing day, thanks to his coach Rashid Malik (SBP Head Coach) and Tariq Zaman, CEO of Ali Embroidery Mills, whose generous support is helping him excel in national events and win titles one after another in his respective categories.

In the boys U-14 final, Muhammad Sohaan Noor outpaced Abdullah Pirzada 6-3. This was the maiden U-14 title of Sohaan’s tennis career, who thanked to Allah Almighty for this feat and also expressed his gratitude to his coach Rashid Malik, whose guidance and coaching is improving his game and skills and he is feeling a better player with eyes on winning more national titles. Earlier in boys U-14 semifinals, M Sohaan Noor beat Abdur Rehman 6-2 while Abdullah Pirzada beat Hashir Alam 6-3.

PLTA Secretary Rashid Malik (Tamgha-e-Imtiaz) graced the occasion as chief guest and distributed prizes and shields among the winners. Speaking on the occasion, Malik said that the purpose of holding this event was to celebrate the 75th Independence Day with great zeal and fervor. All the tennis players not only displaying quality tennis skills and games during the event but also celebrated the Independence Day during the concluding ceremony with great zest.