Pakistan to get eight F-16 fighter jets: US 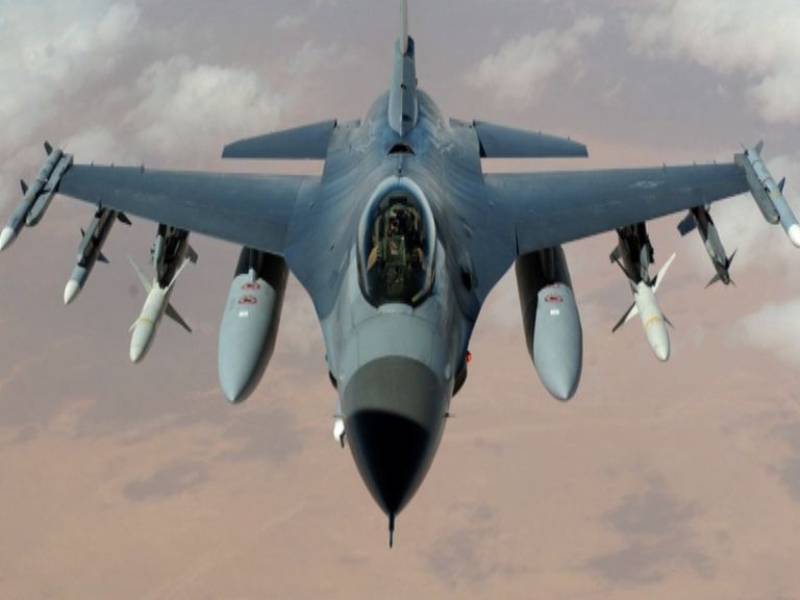 WASHINGTON (Web Desk/Agencies) - The US government said on Friday it had approved the sale to Pakistan of up to eight F-16 fighter jets built by Lockheed Martin Corp, radar and other equipment in a deal valued at $699 million.

The Pentagon’s Defense Security Cooperation Agency, which oversees foreign arms sales, said it had notified lawmakers about the possible deal.

The agency said the F-16s would allow Pakistan’s Air Force to operate in all-weather environments and at night, while improving its self-defense capability and bolstering its ability to conduct counter-insurgency and counter terrorism operations.

Lawmakers have 30 days to block the sale, although such action is rare since deals are well-vetted before any formal notification.

We are disappointed at the decision of the Obama Administration to notify the sale of F-16 aircrafts to Pakistan pic.twitter.com/NGdrAL2m9i

Senate Foreign Relations Committee Chairman Bob Corker notified the Obama administration that he would not approve using US funds to pay for the planes through the foreign military financing (FMF) program. That means Pakistan must fund the purchase itself, instead of relying on US funds to cover about 46 per cent of the cost.

Given the funds it has available, Pakistan may be able to buy only four of the F-16 Block 52 models, and the associated radar and electronic warfare equipment, said one US source familiar with the situation.

Corker told Secretary of State John Kerry in a letter that he was concerned about Pakistan’s ties to the Haqqani network, a militant group that US officials have said is behind attacks in Afghanistan.

“I may reconsider my blanket hold on US FMF assistance should the Pakistanis make progress on addressing my significant concerns about their support for the Haqqani network, but for now, if they wish to purchase this military equipment, they will do so without a subsidy from the American taxpayer,” he wrote.

One US official said the administration was convinced that F-16s were the right platform to support Pakistan’s counter-terrorism and counter-insurgency operations.