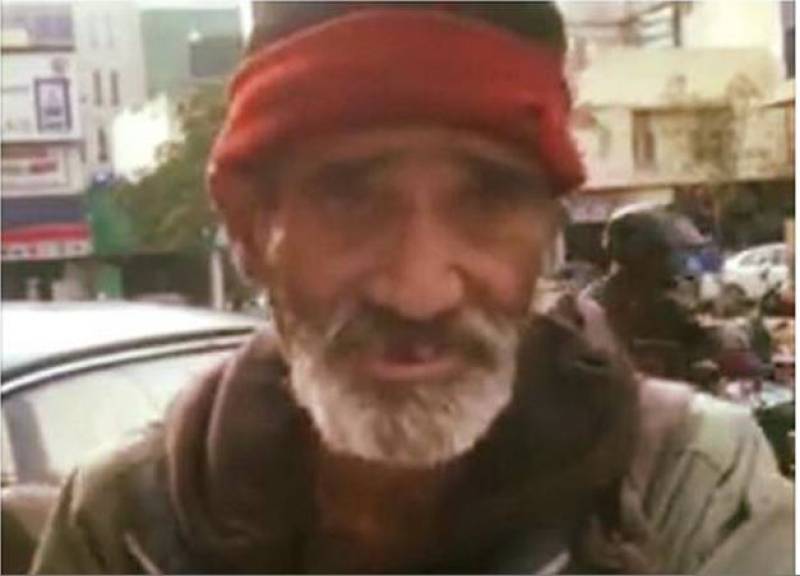 LAHORE (Staff Report) - While whole Pakistani nation is all praise to drama actor Ahsan Khan for highlighting the sufferings of a homeless person who could speak English with impressive fluency in a video, a facebook user has claimed that the person was actually a drug addict and making false stories to people.

According to facebook user Junaid Zuberi, the person was an Anglo Indian christian and hence he could speak English well. The person was admitted to different drugs rehabilitation centres for many times but every time he ran away and starting living in streets, Zuberi said in a facebook post.

He further claimed that the family of one of his friends remained helping the person for a long time both financially and medically but all was in vain.

Dismissing the story told by the person in the video circulating online, Zuberi quoted his friend "He never went o Middle East nor he lost his family and seven kids and there was no car accident as well."

"My father tried to get him off the streets by getting him a place to stay etc basically to keep him away from drugs but he would never show up. The Catholic priests too have tried to help him but all in vain."

While narrating the true story of the person the post said "His mother was a teacher at St. Anthony's school Lahore. His family tried very hard to get him off drugs [but] eventually they gave up on him and migrated to Australia. He is not mentally stable."

Now that the cat is out of the bag...A video that actor Ahsan Khan posted the other day about this homeless man...

Earlier Ahsan Khan uploaded a video of the the person, in which he told that he lost his wife and children in an accident and his brother took all his money which he earned in Middle East from 1962-99. His brother went to US.

When he asked him about his age he replied with an eloquent and soul sizzling answer “Too old for Rock and Roll and Young enough to die for the country”.

People on social media asking about his contact number and address to help him out.

Afterwards Ahsan Khan posted a new picture of man with a message of thanks "I am completely overwhelmed by the messages that poured in to help this man in the video I made." 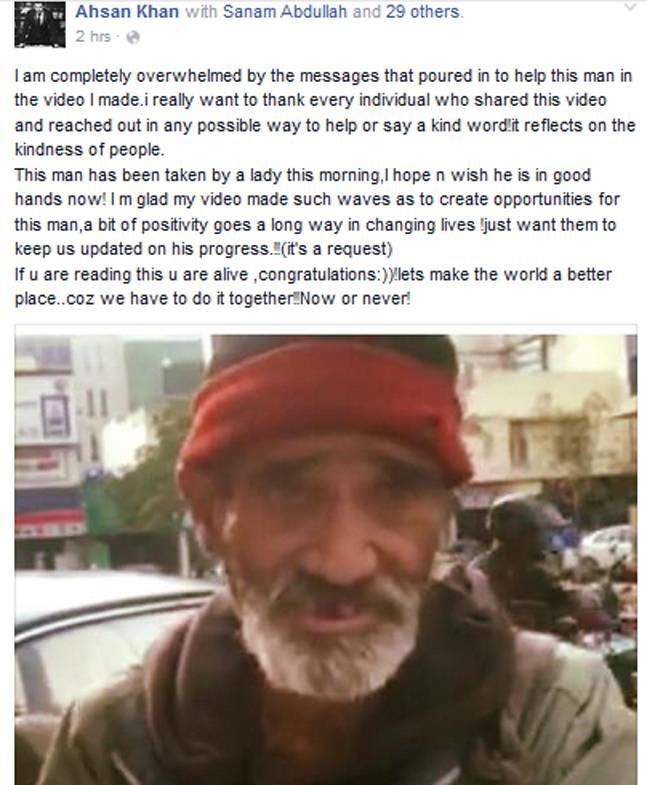