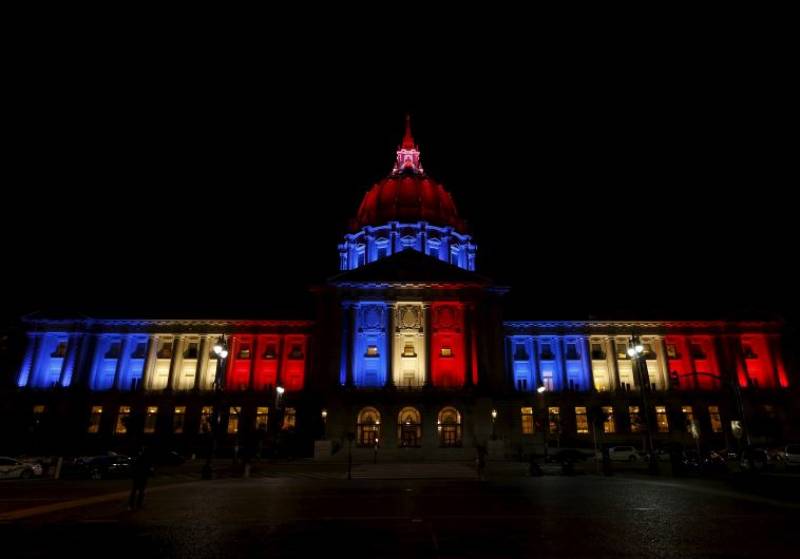 KABUL - After Afghan's mourned another devastating attack in the capital this week, a number of pictures surfaced on social media of famous landmarks of different countries being lit up in the colors of Afghanistan's flag in an apparent show of solidarity.

The pictures, however, were photoshopped by Kabul-based architect and cartoonist, Mehdi Amini - who released the fake pictures as part of a campaign to highlight the world's lack of support and solidarity towards Afghanistan, one of countries worst-hit by terrorism in recent times.

Speaking to Facebook news page AJ+, Amini said, "When I posted [those photos] to Facebook, I was not sure they would get attention."

However, the pictures soon went viral in Afghanistan, with many grieving Afghan's drawing solace from them.

"When they found out they were fake, they were angry. Some of them insulted me, saying: 'Why you hurt the feelings of the people?'" he explained.

Despite receiving considerable flak for the campaign, Amini feels his effort was necessary to highlight the tremendous losses born in the war on terror by Afghanistan, which has lost 1,600 people to terror attacks this year alone, making it the most bloody year since United Nations records began in 2009.

"My people need attention the attention of the world," Amini said. "This is why many, many Afghans shared [my pictures]."

Amini's campaign, though original, has not been the first to highlight the world's selective sympathy with regards to terror attacks.

A number of campaigns and images highlighting the world's silence and lack of solidarity on terror attacks in poor, Muslim countries like Afghanistan have emerged online before, but none have become as popular or controversial as Amini's recent campaign.