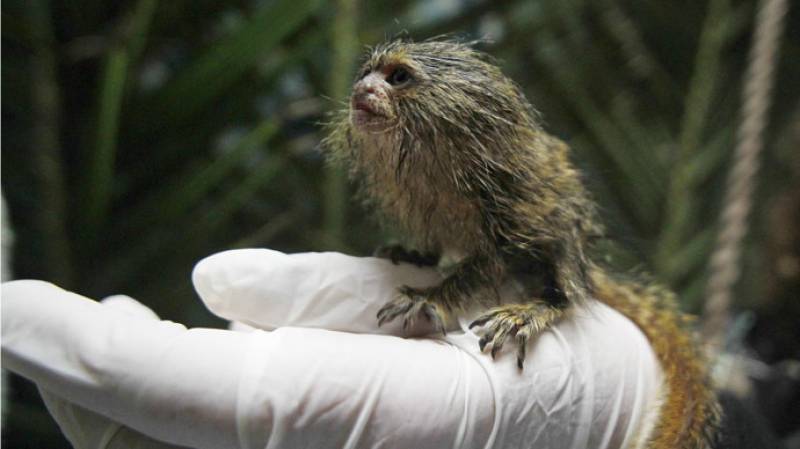 STOCKHOLM (Reuters) - Saudi Arabia has blocked the transfer of four monkeys to a zoo in Riyadh from Sweden because of its diplomatic spat with Stockholm, the Swedish zoo where they were bred said on Friday.

Jonas Wahlstrom, head of the Skansen Zoo, said he had received a call from Riyadh Zoo saying that Saudi authorities would not grant entry to the pygmy marmosets.

At about 12 centimeters long, the pygmy marmoset is the world's smallest monkey. Skansen sends around 10 pygmy marmosets a year from its breeding program to zoos around the world.

"They told me that this was due to the political crisis", he said.

In mid-March, Saudi Arabia withdrew its ambassador to Sweden over criticism of the kingdom's human rights record and after Stockholm ended a long-standing defense cooperation agreement with Riyadh.

Saudi Arabia has since decided to send its envoy back to Sweden, but relations have yet to return to normal. Skansen hopes the spat will be resolved soon to the monkeys can go to Riyadh.

"Otherwise, we will send them somewhere else," Wahlstrom said.