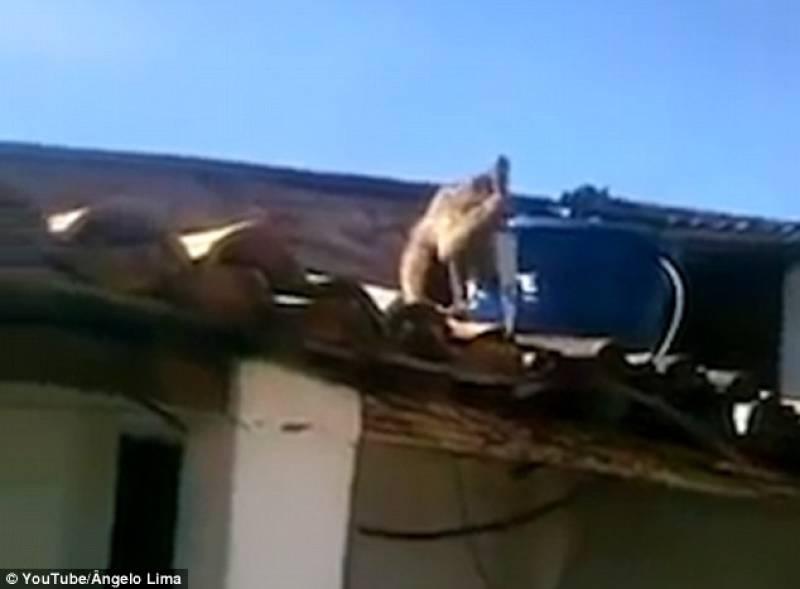 PATOS (Web Desk) - Bar management in Brazil called firefighters to remove a drunk and aggressive monkey that downed a glass of rum and armed itself with a kitchen knife.

The local fire department in Patos, said they were called to a bar on a report of an aggressive monkey with a kitchen knife chasing men, UPI reported.

Fire department Lt. Col. Saul Laurentino said the monkey drank a glass of rum at the bar before picking up the knife and chasing after men, leaving the women alone.

Locals captured video of the monkey using the kitchen knife to scratch at the bar's roof.

The monkey was captured by firefighters and released back into the wild.