Muslim rickshaw-puller returns IRs 117,000 he found on roadside in India 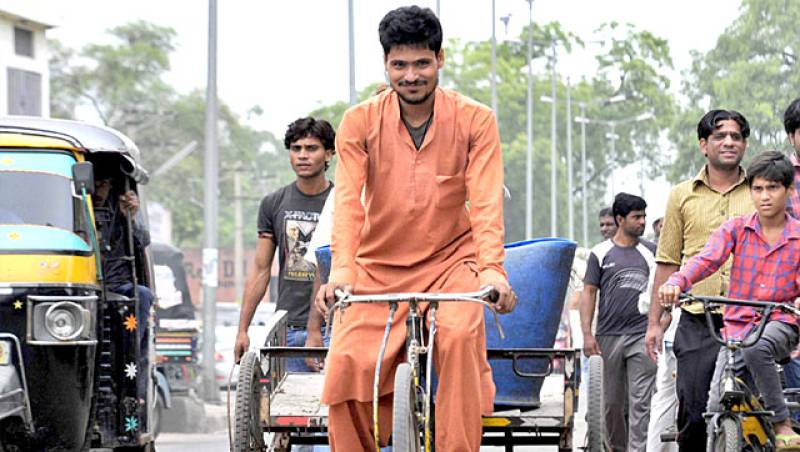 JAIPUR (Web Desk) – A Muslim rickshaw-puller in India’s Rajastan returned IRs 117,000 after he found it enclosed in polythene bag on roadside this week.

Mohammad Abid Qureshi approached police officials to surrender the money after spending a whole tossing and turning in bed as he was scared of getting blamed by police for stealing the cash.

And his fear turned out to be true when he reached local police station on Thursday and commissioner suspected that he could be a carrier of fake currency. However Qureshi was cleared of offence when cash was verified to be true.

Following the incident the 25 year old is happy for not falling prey to the lure of lucre. . “Rs 1 lac is a big amount. I need to work for 200 days to earn that much,” he said while talking to local newspaper.

“I am a Muslim,” Qureshi said, pointing out the reason behind surrendering money to police.

His also wife recalled how they sat dumbfounded in their one-room rented home in the old city area with bundles of Rs 500 notes strewn in front of them and their three-month-old daughter asleep.

“He (Qureshi) was restless on Wednesday night when he came home and showed me the packet. I also developed cold feet and asked him to give the money to police immediately. But, being Muslims, we were scared of going to a police station,” she said.

“Many people in my locality said don’t return the money when no one has lodged a complaint,” he said. “They said this will change your life. But I was sure ill-gotten money would only bring problems and didn’t, even for a moment, think of keeping it.”