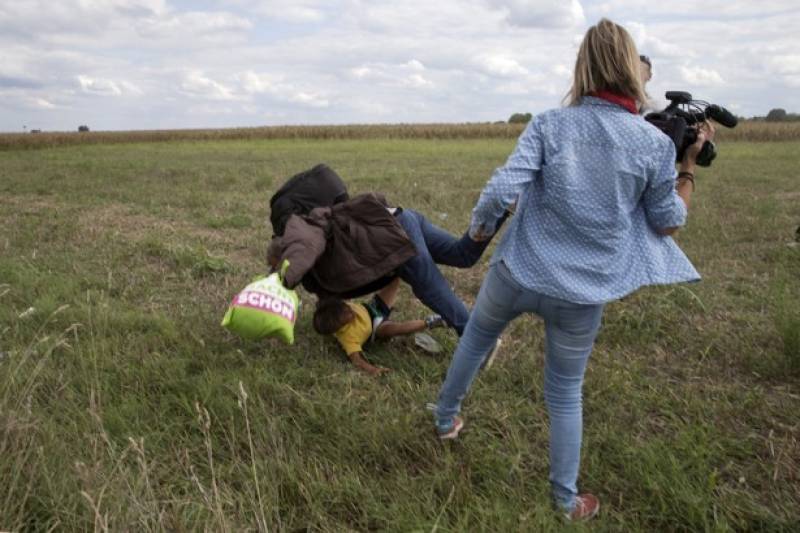 HUNGRY - A Hungarian camerawoman who was filmed kicking or tripping up migrants near the Hungary-Serbia border has been sentenced to three years' probation for disorderly conduct.

Petra Laszlo was filming refugees in September 2015 as they broke through a police cordon.

She was captured kicking two people as they fled, including a young girl. Later she appeared to trip a man carrying a child.

She says she will appeal.

Judge Illes Nanasi said Laszlo's behaviour "ran counter to societal norms" and rejected her defence lawyer's argument that she was trying to protect herself.

"I turned and saw several hundred people charging toward me. It was quite incredibly frightening," she said.

She appeared in Szeged District Court hearing via video link and occasionally broke into tears. She said she had received death threats since the incident and that had been subjected to a "hate campaign."

Right-wing TV channel N1TV fired her after the footage of her actions went viral on social media.