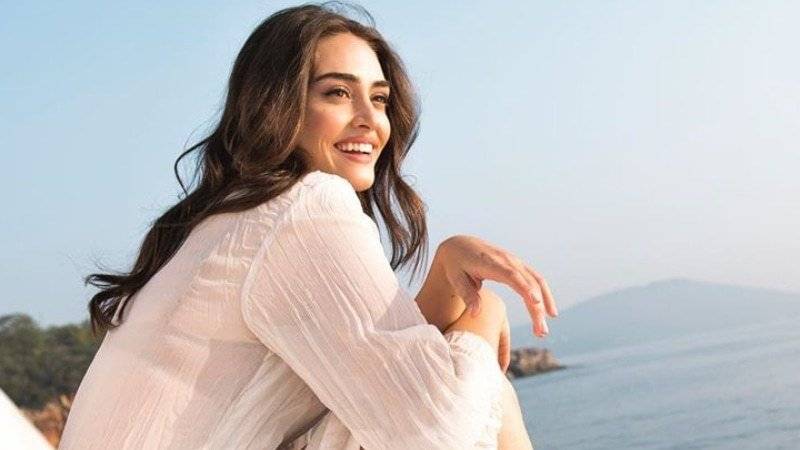 The Turkish beauty Esra Bilgic can leave the Internet into a frenzy with one selfie and today is no exception either.

Being an avid social media user, the 28-year-old posts drop-dead-gorgeous pictures which are adored by her massive fan following and her enthralling Instagram feed keeps them hooked

Turning to her Instagram handle, Esra smilingly posed for the camera in a casual chic dress looking absolutely adorable. Beaming with happiness, the actress can be spotted alongside her cat.

Bilgic has gained much admiration and appreciation in Pakistan ever since the super hit Turkish television series Dirilis: Ertugrul on-aired.

The play aired on state-run television (PTV) in Urdu dubbing. As of 2020, she was the leading actress in the crime drama series Ramo.

From Peshawar Zalmi to Jazz and QMobile, she has signed contracts with various Pakistani brands. Earlier, she had stunned her fans with her appearance in Khaadi’s campaign

Pakistan has fallen head over heels with Esra Bilgic aka Halime Sultan and there is no stopping her massive fan ...