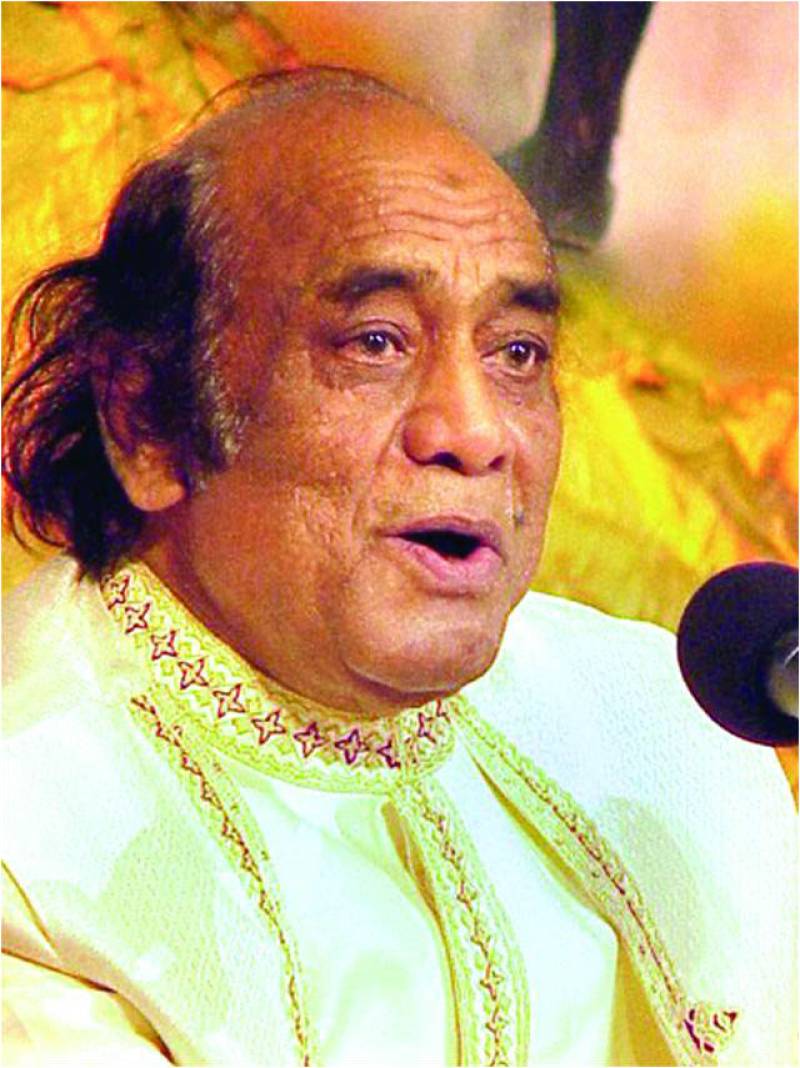 KARACHI (Web Desk) - The fourth death anniversary of ‘King of Ghazal’ Mehdi Hassan is being observed on Monday (Today).

Mehdi Hassan was born on 18 July 1927 in India. In 1957, after working in a bicycle shop in Chichawatni, Mehdi Hassan was given the opportunity to sing on Radio Pakistan‚ which earned him recognition within the musical fraternity. He then began singing ghazals on a part time basis.

His extraordinary performance of Faiz Ahmed Faiz’s, ‘Gullon Mein Rang Bhare’ gave him a major break and he never looked back after that.

He was honored with numerous civilian awards including Nishan-e-Imtiaz, Tamgha-e-Imtiaz, Pride of Performance and Hilal-e-Imtiaz by the Government of Pakistan.

Hassan died on June 13, 2012 after a protracted illness in Karachi.