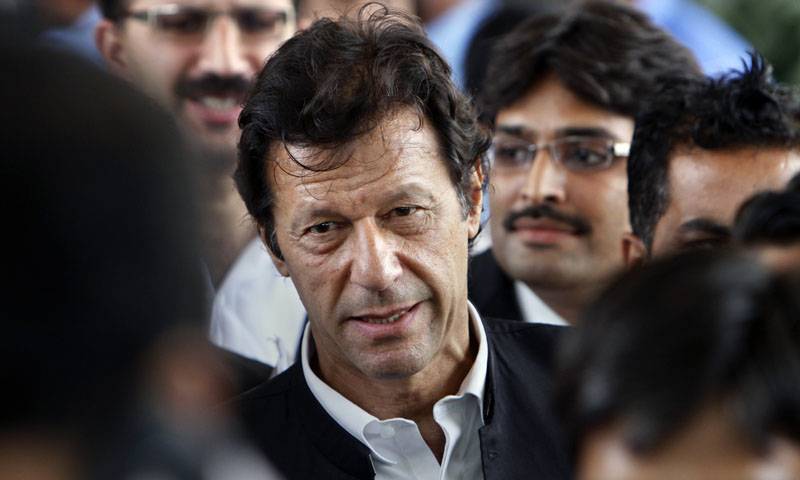 In Pakistan, the debate against corruption is more about “who is more corrupt” and less about what needs to be done to contain the menace of unending corruption. Such debate is generally aimed at frustrating any genuine effort to hold the notoriously corrupt and wrongdoers accountable.  Familiar faces representing political parties regularly defend the vested interests of their party leaders on TV screens and make headlines of the newspapers every other day. Through noisy verbosity, they attempt to punch a bigger hole into the defense line of others by rehashing hackneyed arguments to prove that the leaders of other parties are far more corrupt than those of theirs. This has been happening for decades, especially between the People’s Party and the ruling Muslim League. Pakistan Tehreek Insaaf (PTI) was an exception, but only until a few years ago. Here are the reasons why:

Why are Imran Khan & PTI in the dock?

In 2011, the PTI shocked its mainstream political parties and political pundits by successfully attracting crowds of hundreds of thousands on the streets of Lahore. After a massive show of street power, the PTI’s public mobilization campaign managed to create a perception among a large segment of the population that People’s Party and Muslim League (Nawaz) are hand in glove behind the scenes to avert any genuine probe against the alleged transfer of millions of dollars from Pakistan to set up their business empires abroad. This helped the PTI to gain the second highest vote in 2013’s general elections amid allegations of large-scale riggings which Imran Khan insists were designed to snatch his party’s “massive mandate”.

The landmark gathering in Lahore helped the PTI to attract politicians from all hue and colours in its fold. This was a critical moment in the decision-making for the  PTI. And the choices that Imran Khan made were controversial to say the least. He opted for pragmatic politics and neglected to filter out the entry of many electable “corrupt politicians” into his party’s lap.

Since then, there has been resentment within PTI due to the decision to include “electable corrupt politicians” from the People’s Party, Muslim League-Q and the ruling Muslim League. The estranged mid-tier PTI leaders such as Akbar Sher Babar, being insiders, had a lot of information on the lapses, legal loopholes within the party and inner secrets about Imran Khan. He turned his guns against none other than his own party and his own leader, which, many in PTI report, was more due to his personal feud with Imran and less due to any genuine desire to rectify the wrongdoings in internal party affairs through his public diatribes.

Part of the reasons that the PTI and Imran Khan are now in the dock is due to such disgruntled political figures. Akbar has been at the heart of allegations from his former colleagues in the PTI that he has shared a lot of information with the government, which has led Imran Khan and his party being drawn into serious litigations. Babar, however, continues to deny all such allegations.

Ongoing proceedings in the courts can potentially disqualify Imran Khan and may create a situation that will make the PTI legally dysfunctional in a not-so-distant future. Here is how!

Akbar Sher Babar has petitioned the Election Commission (EC) that PTI has received over three million dollars as donations between 2010 and 2013. A part of the money was transferred to Pakistan through illegal means into the personal accounts of PTI officials. A fraction of these donations was from legally prohibited sources such as US-based private companies Barry C. Schneps, Lab USA Inc., Freedom Line Ltd, IMGC Global LLC, Goldrock Holdings LLC and Prime Motor LLC etc. The petition also includes charges that PTI had concealed the financial details of its accounts from the scrutiny of the Commission, arguing that the party has a lot to hide, given the fact that there were financial irregularities in the transactions of donations from overseas destinations.

The EC has repeatedly ordered the PTI to submit details of the financial accounts, something it has been reluctant to do so, foreseeably sensing grave legal and political implications for the party. Under the Political Parties’ Order 2002, “Any contribution made, directly or indirectly, by any foreign government, multi-national or domestically incorporated public or private company, firm, trade or professional association shall be prohibited.” Political parties however, can accept donations from individuals under this law.

Hanif Abbasi of the ruling Muslim League has filed a far more comprehensive set of petitions with the Supreme Courts on similar but only slightly different grounds.  These petitions are designed to secure the disqualification of Imran Khan on the basis of contradictions in the financial details of accounts which the PTI has been submitting to the Commission over the years.

The entire focus of one of his petitions is that Imran Khan, as the head of PTI, falsely declared that his party did not receive funds from a prohibited sources from 2010 to 2013, and therefore, he is no longer “honest” and should disqualified as member of the Parliament.

Legally speaking, Hanif Abbasi’s petition to secure the disqualification of Imran Khan on the basis of financial irregularities within the party is unlikely to gain much credence in the eyes of law. However, these are not free of adverse legal implications for the PTI. The Supreme Court may refer his petition to the EC, which is likely to hand down the ruling on the subject within the scope of Political Parties Order 2002. The EC, which is already in possession of Akbar’s petition on the same subject, may, however, come down hard on the PTI. Any possible EC ruling would, however, fall short of dissolving the party since such options rest only with the federal government, which is most unlikely to charter its course into this politically risky business.

The law also empowers the Election Commission to confiscate the funding of this mainstream political party if the Commission finds that the PTI received it from prohibited sources. The EC may also opt to withdraw the electoral symbol of the bat on the basis of which the PTI contested last general elections. This could make the party virtually non-functional, if High Court or the Supreme Court does not turn down the Commission’s potential judgement in this regard. This scenario may create a situation which would require Imran Khan to register a new party, like the People’s Party had to do when its leaders registered Pakistan People Party Parliamentarians within days. However, the political and legal conditions months before general elections in 2002 were altogether different.

Will Supreme Court disqualify Imran for hiding the assets of £9 offshore company?

No case is as serious legally as the one which points out that Imran Khan concealed his own offshore company, Niazi Service Limited, set up in Britain in 1983 to provide consultancy services on sport-related issues. The company run by Imran Khan and his close family members was dissolved on October 1, 2015.

Another petition of Hanif Abbasi points out that under the law, Imran Khan should have mentioned the offshore company while filing nomination papers to contest 2002 and 2013’s general elections, and subsequently in the annual statements of assets and liabilities which all members of the provincial, national assemblies and Senate file with the Election Commission.

Khan, in 2002’s nomination papers however, did refer to the properties/flats in London which he had purchased through his offshore company. His counsel Naeem Bukhari argued before the Supreme Court that the offshore company had become redundant for all practical purposes after properties purchased through the company’s platform were sold off in 2003, and therefore it was not mentioned in the details submitted to EC. Imran Khan however, did mention the details of his properties in all legal paperwork for 2002’s general elections.  But Bukhari, at the same time, has admitted before the Supreme Court that it was an honest mistake to omit the offshore company, the total assets of which were hardly 9 pound sterling.

The entire case against Imran Khan now rests on this omission of the offshore company in the nomination papers for 2002 and 2013 general elections and in his subsequent submission of annual account statements including the details of assets and liabilities with Election Commission.

The Supreme Court can disqualify Imran Khan on the basis of apparently small legal lapses, since there have been precedents where the superior courts have disqualified many members of the Parliament on somewhat similar technical grounds.  Perhaps this was the reason which made Imran Khan say that if he is disqualified, “it would be a small price to pay to rid Pakistan of corruption mafias.”

Imran Khan’s contention is that he purchased Banigala properties in the name of his then-wife Jemima Khan in March 2002. The money was initially borrowed from her, which she transferred from her British bank to the account of his friend Rashid Khan in Islamabad in a series of five remittances. The details of a few transactions were missing, leading the Supreme Court to raise legal questions. Now Jemima says that she has tracked down the record of the missing transactions.

Imran argues that by he had paid back £562, 415,54 to Jemima Khan in 2003 after selling off the apartments in London which had been purchased through the offshore company in 2003. Imran divorced Jemima in June 2004 and she transferred her proprieties back to Imran Khan in 2005.

The controversy about Banigala properties is likely to die down once Imran Khan submits details regarding the missing remittances received from Jemima that enabled him to purchase his luxury residence.

The common man on the street generally perceives Imran Khan to be “not financially corrupt”, though his inclusion of “corrupt” politicians from rival parties in his own party is another debate altogether. In order to turn the tide of public perception against Imran Khan, the ruling party needs to bring out a major scandal against him. This has not happened, and is unlikely to happen in the months to come. Therefore, if Imran is disqualified, the public perception is unlikely to go against him no matter how strong technical legal grounds the Supreme Court may find to oust him from the electoral process for five years on the basis of concealing an offshore company worth just nine pounds sterling.

This is also because of the fact that the nature of legal cases against Imran Khan is different from the ones against Prime Minister Nawaz Sharif and his family. The court proceedings in Panama paper scandal has created a perception among a large segment of population that the ruling family has a lot to hide. Ongoing investigations against the Sharif family by Joint Investigating Team under the Supreme Court orders on money-laundering charges suggest that things are getting out of the Prime Minister’s control, and may make it difficult for him to avert adverse legal and political consequences in the near future.