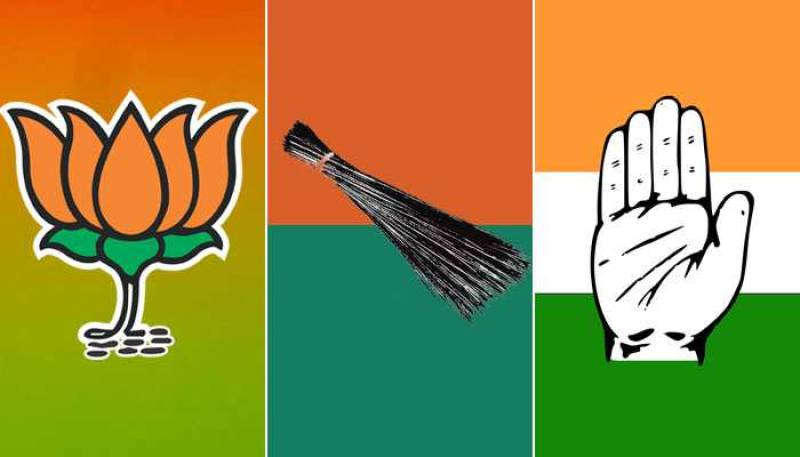 The Aam Aadmi Party (AAP) has replicated its massive win of 2015 five years later. Then, the party led by Arvind Kejriwal trounced Narendra Modi’s Bharatiya Janata Party (BJP) by 67-3 votes in the 70-seat strong Assembly elections of Delhi. This time, the AAP has got 62 as against the BJP’s eight. The saffron outfit, however, has gained nearly eight percent vote share this time while the AAP’s vote share is 54 percent, almost the same as it got in 2015. The Indian National Congress, which had been a dominant force in the city-state for many years, failed to win a single seat, yet again (it is going zero in Delhi since 2013 when it lost power) and the BJP gained massively at the expense of the Grand Old Party.

At a time when India is witnessing deep polarisations along religious and communal lines, thanks to the ruling party’s hardline narrative, the victory of the AAP has emboldened those protesting against controversial subjects like the CAA (Citizenship Amendment Act) and NRC (National Register of Citizens). For the anti-BJP voices, this is a body blow to Modi and his lieutenant-general Amit Shah, the country’s home minister, and many even feel that this is a comeback of the ‘old India’ -- the secular one -- against the onslaught of the ‘new’, the more aggressive variety.

But does the AAP’s win really mean a victory for the ‘secular’ forces? There is no doubt that getting humbled at the national capital where Modi’s government is based will be construed as the BJP’s heads and loyalists as humiliating, but they would be convinced that it is less than a blow to displace their aggressive nationalist agenda.

AAP’s character has changed over the years

BJP’s assumptions are not misplaced. The AAP’s thumping win is as quantitatively big as it was in 2015 but qualitatively, it is less than intimidating for the BJP compared to five years ago. Formed in the early 2010s following a social upheaval against corruption during the previous United Progressive Alliance government led by the Congress, the AAP promised a nationwide social movement which would improve the average life of each Indian. Kejriwal gave a political shape to the liberating initiatives of Gandhian activist Anna Hazare even if the latter did not welcome it. The AAP did well in the very first election in Delhi in 2013, reducing the ruling Congress of the late Sheila Dikshit into a less-than-a-majority player. But the ‘broom’ party did not get the majority of its own and chaos followed over the hung situation and especially after the AAP got support from the Congress, the same party that it was up against in the campaign phase, to form the government and keep the BJP at bay.

Kejriwal’s first stint as the chief minister did not last for more than 49 days as he quit after a series of drama and a disastrous performance in the 2014 Lok Sabha election. Thereafter, Delhi went under the President’s Rule and it was in February 2015 that he came back to the CM’s post with a bang. The party rediscovered itself and since then, it has only gone from strength to strength in Delhi, one of India’s smallest states.

AAP no more the social movement it was once

But while the AAP continued to battle its political opponents, its own character has undergone a transformation. The party, although is still symbolised by the broom to show that it stands for sweeping reforms in all walks of life, has essentially become political machinery that indulges in populism to win elections. It is no more social movement that intends to erect an alternative narrative to the BJP’s right-wing agenda. It is not without a reason that the AAP has maintained a distance from contentious issues like the Shaheen Bagh protest or CAA/NRC.

Kejriwal has found in the past that questioning the BJP’s ‘unbeatable’ nationalist agenda can boomerang in no time. He had sought evidence of surgical strike against Pakistan in 2016 which only backfired as the AAP was humbled in the municipal elections the next year. This time, too, he has been dubbed as a “terrorist” by his BJP rivals who said he acts more like a spokesperson of the Pakistan Army. But there was no retaliation from Kejriwal and his party over the nationalist agenda against the BJP for they know it would be politically suicidal to do so.

This leads the AAP to surrender to the fact that de-ideologisation is what it takes. No movement has the power to unsettle the narrative of nationalism, even more, it's ultra variation. The AAP thus has decided to keep it limited to the political and electoral as that would at least keep it alive on the pages of history. Beyond, it really has not much ground to flourish.

AAP has remained a one-state wonder

AAP’s biggest failure has been its geographical limitation. Despite promising big for the nation, the outfit has not gained much beyond Delhi. It has not only done poorly in two Lok Sabha elections but even failed to deliver in states like Punjab, Goa and Gujarat. The party failed to nurture local faces in various states and survived more on Delhi’s advantages like media focus and geographical size that shrinks the caste factor. To expect the AAP to do a Congress of the past in terms of a pan-India socio-political coverage is too much, especially against Modi’s strong Hindutva narrative.

The BJP will not really feel intimidated by the defeat in Delhi for one, the state was never under its rule and secondly, its vote share and seat count have increased compared to 2015. The presence of the central government also tends to make the local government of Delhi less significant for many BJP supporters. In the past two Lok Sabha elections, Delhi has gone entirely to the saffron party which only leads the pundits to the conclusion that the voters of the city-state are smart enough -- they choose Modi in the national election and Kejriwal in the state election. There is really nothing about a win for secularists over communalists.

For the BJP, the bigger challenges lie with state elections coming up next. While Bihar, where the saffron party is in power in partnership with Nitish Kumar’s Janata Dal (United), will go to the polls later next year, key states like West Bengal, Assam, Tamil Nadu and Kerala will vote in 2021 and the Modi-Shah duo will be battling some of the most powerful regional rivals in these elections (in Assam, it will be up against anti-incumbency, especially in the wake of the NRC controversy). In early 2022, the BJP will be facing the massive test in Uttar Pradesh, India’s biggest political battleground.

The AAP’s victory was more of false pride for the secularists. It was just another populist local party that won against the BJP in the ballot box. To see it as a promise of a national change is only delusionary.