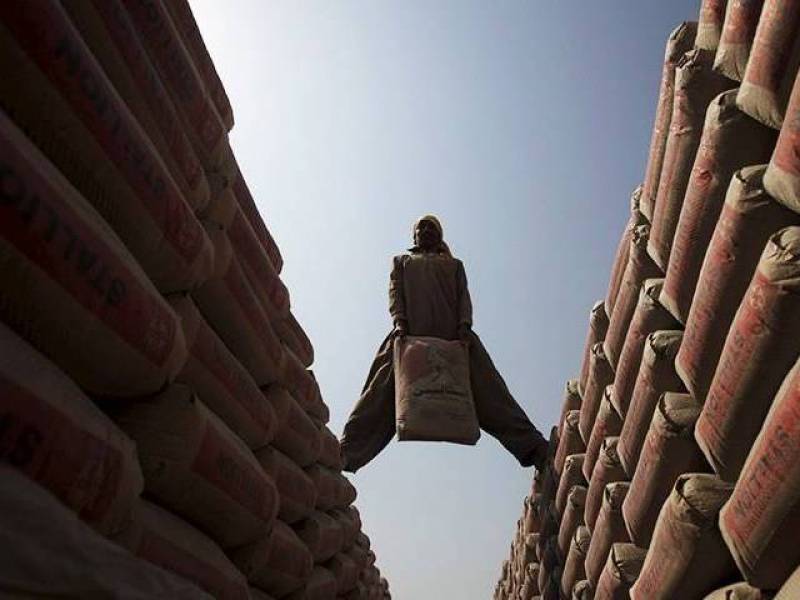 While in itself is quite alarming that Pakistan’s overall trade deficit – the difference between total exports and imports – is reaching the $ 30 billion mark, for the first time in the history, in the just concluding financial year; that is not all and there much more to worry about our trade with rest of the world.

The persistent downward trajectory of the exports, which were already considerably short of imports, is something needing urgent attention. Pakistan’s exports are on a decline, continuously for last three fiscal years. After achieving the record figure of $ 25.1 billion in 2013-14, overall exports declined to $ 23.7 bn. in 2014-15 and further to $ 20.9 in 2015-16.  The declining trend continued in the first 11 months of 2016-17 as well, totalling $ 18.5 bn. and recording a further decline of 3.1%.

Thus, because of this continuous decline in exports, in addition to around 20% increase in imports, the country this year is faced with a mammoth record trade deficit of around $ 30 billion for 2016-17.

Pakistani exports are heavily concentrated in textiles. Out of $ 18.5 bn. total exports in first 11 months of 2016-17, some $ 11.2 bn. are textile products/items. This is more than 60 % of the total. The remaining 40% is also concentrated heavily in three categories/items: rice, leather, and sports goods. It indicates that country’s export base is quite narrow, not broad-based enough.

As far as the direction of exports is concerned, we see a concentration here as well.  More than 17% of Pakistani exports are destined for a single market, the US. This is followed by some 7-8% to China. Five European nations – UK, Germany, Spain, Netherlands and Belgium – absorbs some 24% of Pakistani exports, put together. Afghanistan gets between 6 to 7% annually. Several other European nations are also among Pakistan’s top 20 export destinations. The figures tell us that more than half of Pakistan’s total exports are destined to the US and Europe alone, and if we include China and Afghanistan – this goes up to more than two-thirds of the total.

The argument of the policy makers on this decline is that the absorbing capacity and buying power in the main export destinations has decreased after the US / European financial crisis – 2008-09 to 2013-14. Nonetheless, Pakistani exports during past three fiscal years have declined at a faster pace than the overall decline in exports to the US and EU, from rest of the world. Our exports to China are also on the decline in net worth, which is not a result of the global financial crisis.

Institutions such as Trade Development Authority of Pakistan (TDAP) are entrusted to serve the purpose of increasing Pakistan’s exports.  However, the concerned institutions (we are not singling TDAP out here) are hardly seen by independent experts as inefficient- and competent-enough. A large number of exhibitions are arranged and attended all around the world but positive, meaningful and tangible results are invisible for past three years.

In the budgets for last three fiscal years, incentives for exports such as softer export refinance facility, R&D financing, faster rebates and quarantine facilities have been announced, but export has not shown signs of positive come back. A major drawback in government policies is that the attention is overwhelmingly on further incentivizing the textile industry – which indeed provides the bulk of exports but at the same time, some of the experts argue, is already over-pampered and is touching the limits of its potential.

Pakistan’s exports can be increased by focusing on non-traditional items, value addition in products such as rice, leather, sports goods, and developing special programs for gems and other precious stones, processing and packaging of food and herbs, etc. Tourism and health services can increase Pakistan’s services exports, which is not getting the due attention of policy makers.

Exporters on their part complain that Pakistani industry has been rendered uncompetitive because of shortages of energy and its high rates, and also because of an unprecedented flow of imports (what many label as dumping) from China. They also say that government functionaries especially the tax administration creates hurdles in the way of growth of exports.

Coming to what and how much we buy from the rest of the world, figures tell that Pakistan’s total imports during July 2016 to May 2017 stand at $48.5 billion dollars. Official data also indicates that imports from China account for 30.2% of total imports during July 2016 to January 2017 period. At this percentage, some $ 14.6 billion of imports from China alone have reached Pakistan – which are not much less than our commutative exports to the entire world, in the same period.

Nothing but a pity that country known as an agrarian economy imports food items above $ 3 billion, much of that edible oil and tea. Yes, it needs to be acknowledged that spike in imports in recent months is also due to increased import of capital goods and machinery, for CPEC and related projects – a bulk of that for power projects – which may be positive in the long run.

Unless some drastic, out-of-the-box measures are taken, there is no major upward trend visible in Pakistani exports for next foreseeable fiscal years, only a slight improvement is on the horizon.