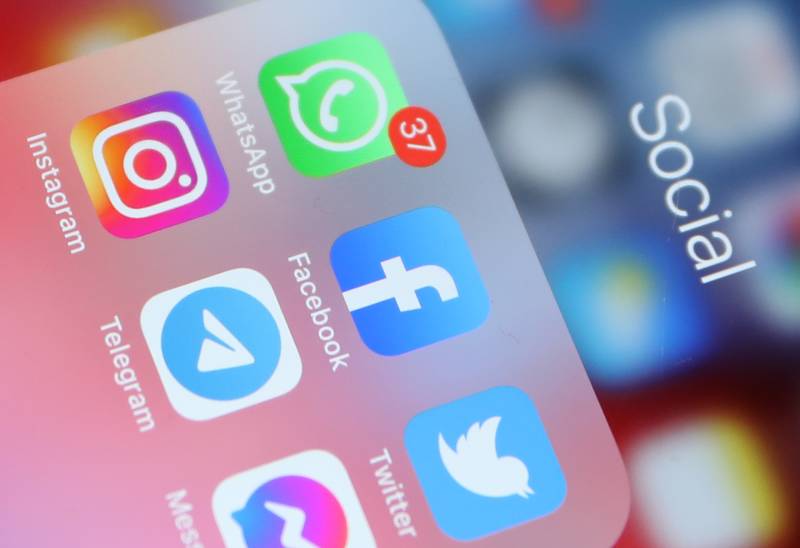 Fake news either in the form of videos, pictures, or misleading content commonly used as a ladder to achieve political goals and to harm other political opponents. Mostly the aim of spreading fake news is to influence voters and turn public sentiments in their favour.

The history of fake news goes as far as back to an ancient time where we find the evidence of disinformation that was used against Antony and Cleopatra when they met,  by their political rival Octavian and used coins to write short slogans in the styles of today’s tweets to hack the republic system of that time.

There are certain elements that help us to elaborate term fake news in more detail, fake news is usually a combination of “disinformation” and “misinformation” disinformation is defined as a deliberate lie that someone already knows and that is definitely not correct, it is normally used as a tool against the people who are less informed, misinformation usually spread as a tool of propaganda which is yet not true or not happening.

The most effective and favorite method for politicians to manipulate public opinion is spreading fake news through social media normally they take the edge of the pre-existing believes of people and create fake news stories against their political rivals. sometimes these fake stories are totally fabricated and sometimes there is a little element of truth involved and they twist it according to their agenda to get the benefit of their desire. They take the advantage of selective exposure strategy which suggests that people only tend to watch, hear or read the information that supports their pre-existence attitudes and beliefs, and avoid contradictory information.

The common practice is to spread this misinformation or disinformation through “Bots” normally operated by computer programs that generate automated posts and generate content on a particular platform of social media like Facebook, Instagram, Twitter with the help of fake followers to reach their exact targeted audience i.e. youth/ females where they share stories, get information with their already followed members and then reaching to the millions of people.

In 2016 before the US elections fabricated a story on The Denver Guardian, a fake site meant to emulate the legitimate newspaper, The Denver Post, reported that an F.B.I. agent connected with an investigation into Democratic candidate Hillary Clinton’s emails had murdered his wife and shot himself. Similarly, other erroneous reports claimed that Pope Francis had endorsed Donald Trump and Hillary Clinton had sold weapons to ISIS (Rogers and Bromwich, 2016).

The recent research of oxford internet institute found that computational propaganda and social media manipulation have proliferated massively in recent years — now prevalent in more than double the number of countries (70) vs two years ago (28), an increase of 150%.

Another popular and effective method used as a political weapon around the world is Character assassination. Parties try to damage the idle of integrity and target the main leadership of the party where the strength lies by creating fabricated fake news in the shape of videos or photos. Visual evidence creates a solid impact on the brain of their voters having the ability to easily tarnish the image of the victimized leader, by using these tricks, they influence the public sentiments to get their desired results and shake the beliefs of the voters. Voters or the common public do not bother to investigate the credibility of that news and follow the rule, seeing is believing, that damages the reputation of that leader not even in the public even in the mind of a diehard supporter of that party as well.

The evidence of this can been seen back in 50’s when the First Prime minister of India and political icon Jawaharlal Nehru been victimized by a picture circulated in the mainstream media while a young girl kissing and trying to be close publicly to the Prime minister which shows some kind of hidden relationship but later found, India Today reports,

Nothing can be as ridiculous as this, because the woman being called a foreigner was actually Nayantara Sahgal, daughter of Vijaya Lakshmi Pandit and niece of Prime minister Jawaharlal Nehru.

Now In recent times how can we forget wide-spreading fake news about Current Prime Minister Imran Khan in pictures where he can be seen standing and waiting in the public que, later found that this picture was taken back in 2017 before he elected as a Prime Minister of Pakistan.

In the new age of media Manufacturing fake news was never such an organised industry there is two main reasons behind these organised fake news industries one is political goals and agendas, and the other is of course money.

Actually, Political Parties organize their campaigns on social media and attract like-minded followers to get results in their own favour. There are several examples where these fake news networks affected and manipulate the results in the electoral battle.

Sometimes It does not make any direct connection with electoral battle but just to make some money through ads and likes. In recent times fake news terminology used by Trump as well when he called CNN reporter “Fake News” after that it gone viral across the globe and other leaders also started to use it according to their own interests.

Most of the time media groups also do bias reporting to get financial benefits from ruling parties or who are going to be the future ruling parties.

The other example from Asia where India always tries to sell the Pak India political card across the border every time before their election campaigns especially, in Feb 2019 just before an election in India “Pulwama attack” drama happened, as a result, 40 policemen died Indian media reports. lately, as usual, India blamed Pakistan, Pakistan Government clearly denied on a diplomatic level and took no responsibility for this act and explained that this is just to get sympathy vote from Indian voters before elections nothing more than that.

Pakistan Govt completely denied and explained no such surgical strike ever happened in Pakistan and gave proves to international media, later confirmed by United Nation delegation and they confirmed about the fake claim of Indian surgical strike.

Another example of fake news when Indian air force fighter jets violated the air space of Pakistan, but Indian media denied that no such thing happens and falsely claim that the Indian air force shot down one of Pakistan’s F16 instead, and their pilots remained safe Later on very next day clear picture comes out in media with clear evidence where Pakistan Air Force shot down their two jets and arrested one injured pilot named as Abhi Nandan lately released as a peace gesture by Pakistan.

Pakistan Showed the live footage of shot down Indian jets and released the interview of the arrested Indian pilot as well. Lately confirmed the verdict Pakistan by the USA defence department that Pakistan still has the same numbers of F16 which they bought from the USA.

How someone can forget to mention another fake news network exposed where big fake news network been caught backed by Indians, The co-ordinated network of 265 sites operates across 65 countries, according to a report by EU Disinfo Lab, a Brussels-based NGO.

The network was also found to involve groups responsible for anti-Pakistan lobbying events in Europe as well.

It clearly shows that fake news industries are not limited to any country’s national issues but are working internationally as an organised network.

Fake news is being used as a political weapon and its impact on future media is alarming which could damage the credibility of the noble profession of media.

The media houses and every individual worker of media's primary purpose are to make the public aware and to deliver information without being biased. The media’s duty is to act as a watchdog and to provide an open platform for the public to share their point of view. If it is not been followed by these rules this could cause instability and uncertainty in the political communication process.

International Newspapers, Tv channels, or social media companies are trying their best to make such policies that discourage to promote fake news and focusing on factual news by arranging professional training for their employees so they can be equipped to identify the fake news by checking the facts of every news before publishing this should be followed by Pakistani media as well to increase their credibility but it is worth to mention here that Social media is becoming the main breeding ground for fake news and playing a vital role in spreading of these fake news factories, social media groups Like Facebook, Instagram google Twitter is trying to make their policies very strict to put a barrier in front of this mushroom growing industry and trying hard to bring back their credibility by imposing strict rules and regulations.

Keeping in mind any individual worker who works for media and becomes part of this malicious practice in any way should be ready to present himself in the court of law, as many of the countries like Germany India, USA Pakistan put enforce the strict cyber laws to control these fake news industries which hopefully could control the growth of this fake industry.

The writer is UK based lawyer and human rights, activist.