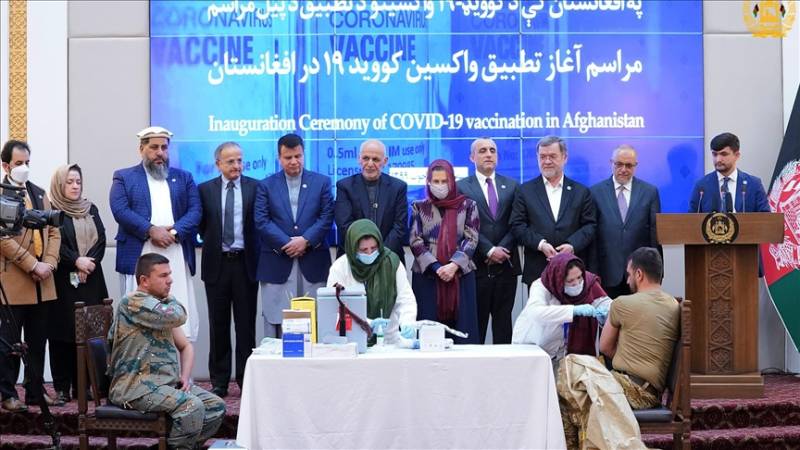 The drive aims at inoculating thousands of Afghans against the disease that has wrecked havoc in the world both in life and material terms.

Doctors, security officials, and journalists were among the first volunteers to get jabs of AstraZeneca's COVID-19 vaccine, donated by India earlier this month.

"Today, I congratulate the people of Afghanistan for the start of the first stage of COVID-19 vaccine [drive] with 500,000 doses of vaccines, said Ashraf Ghani, who called it “a big opportunity” for Afghanistan.

Officially Afghanistan has recorded 55,600 confirmed cases and about 2,430 deaths.

But it is believed that the country was hit hard by the pandemic last year but its inefficiency of conducting tests on mass level was a hurdle to gauge exact situation.

A survey published by the country's health ministry last August estimated that up to 10 million people might have been contracted with virus.

In recent weeks, Kabul, along with urban areas across the country, suffered various violent attacks on an almost daily basis amid ongoing fraught peace talks between the Afghan government and Taliban.