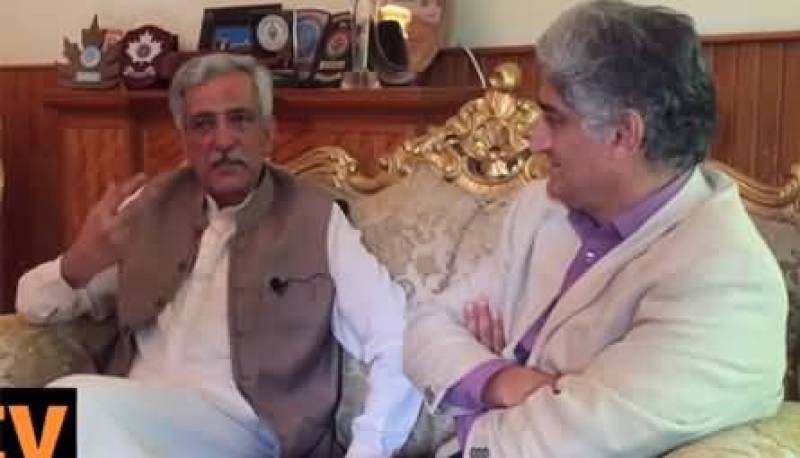 The two-part interview, uploaded on Matiullah Jan’s website – MJTV – on October 6 and 7 has gone viral attracting mainstream media attention because of the shocking revelations by the controversial officer of the FIA.

Matiullah Jan is a fierce name in investigative journalism. He used to give a tough time in his talk shows when he worked with Dawn News and Waqt News. He would often touch the untouched topics of the affairs of judges, media persons, and lawyers.

Recently, he was in trouble because of his tweet about judges, to which the Supreme Court summoned him. A day before his appearance to the Supreme Court, he was picked up by some unidentified people outside a school where his wife works in Islamabad.

I watched the interview and enjoyed it.

During the interview, Matiullah Jan unusually gives cues to the former FIA boss to name the prime minister regarding the political victimization of the opposition.

Mr Memon claimed he was summoned to the highest office to take action against PML-N leader Maryam Nawaz for his social media’s cell role in leaking the pictures of First Lady Bushra Imran on social media. He says he refused to take action on the illegal orders of the prime minister. Matiullah Jan, however, did not ask Mr Memon that none of his predecessors did take such action, which means the prime minister might be just seeking his opinion on the issue.

Mr Memon resigned from his post days ahead of his retirement date, what he says, in protest. In his resignation letter to the Establishment Division secretary, he wrote that “it is against etiquettes to transfer a government official, who is about to retire”.

“Transferring a few days before retirement means that the government is not happy with me. I resign from the job in view of the government's decision,” he added.

Mr Matiullah Jan conveniently forgot to ask that the government is run through rules, not norms or etiquettes.

He might have leaked his resignation letter to the media too only to malign the government of the day. His interview with Matiullah Jan is the part of his campaign, said a PTI leader.

In his interview, he painted the PML-N leaders – Khawaja Asif and Shahid Khaqan Abbasi – innocent, if no saint. He, however, took action against PPP leader Asif Zardari, Faryal Talpur, and others in money laundering cases, which have yet to be decided.

PPP co-chairperson Asif Zardari has accused the FIA of torturing his friend Hussain Lawai, saying that “he is an 80-year-old man, a respectful banker. He was picked up and tortured. We condemn this".

Perhaps, Matiullah Jan did not know about the controversial past of Mr Memon.

The well-informed journalist also asked Mr Memon why his brother chose to contest the 2018 elections on the establishment-backed Grand Democratic Alliance.

When Memon was heading the FIA, it was a horrible time for free speech, and free use of cyberspace to express dissent.

Under Mr Memon, the FIA Cybercrime Wing initiated inquiries against certain journalists and parties for "a targeted social media campaign" against Saudi Crown Prince Mohammad Bin Salman during his February visit to Pakistan.

A list issued by the FIA then had the following name: These include:

Several journalists moved court against the FIA, then headed by Mr Memon, for the exercise of power, abuse of authority, violation of fundamental rights – especially freedom of expression – and due process of law, in connection with the Prevention of Electronic Crimes Act (PECA) 2016.