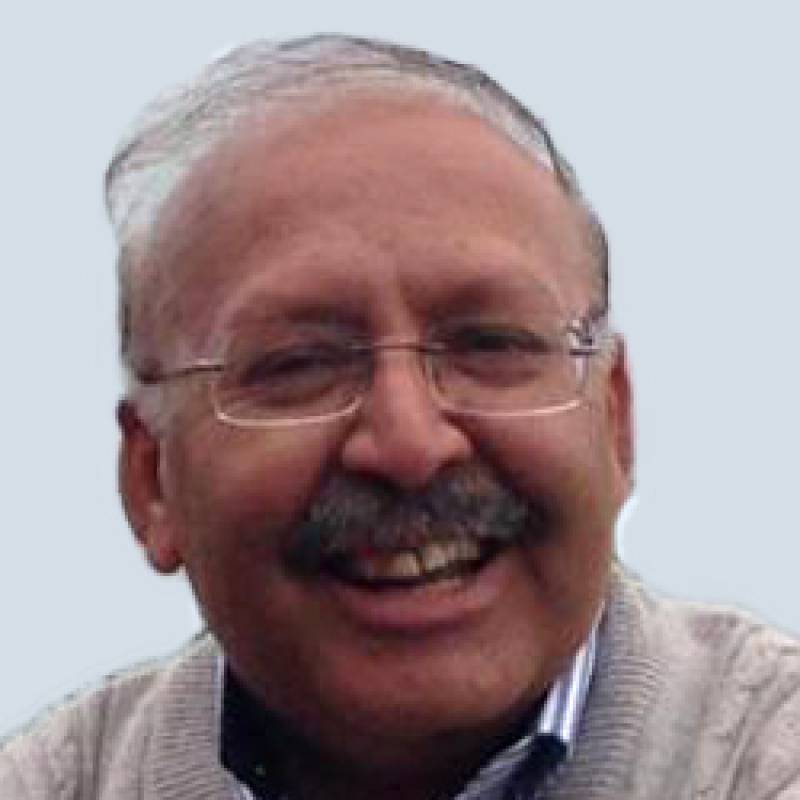 I was not well known to Professor Fateh Khan sb during my  King Edward  Medical College (KEMC) student days ‘83-‘88. Of course, I knew him as an eminent urologist & Head of the Urology Division at Mayo.

But in 2003; the threat of nascent University of Health Sciences (UHS )taking over KEMC became a real and present danger. This influential new university was like a Fierce Tornado devouring everything in its path.

Prof Mahmood Ch (marhoom )was the erstwhile Punjab Health minister. He was a “ personal” Buddy of President General Pervez Musharraf. It was no secret how disparagingly he looked upon King Edward and its Principal at that time.

So a very small group began to gather in the quiet evenings at my residence in trying to keep KEMC out of the clutches of UHS. Being Punjab Health Minister;  youthful but inexperienced, I had to walk a very tight rope.

People will remember that  UHS had the full backing of then Strongman &  President General  Musharraf because of his close personal friendship with Dr Mahmmod Chuadhry ( founder Chairman BOG of UHS). They thought of UHS as “ their University” albeit naively. UHS was Punjab’s University and since has evolved into a much better institution.

As the battle got tougher I was then directly ordered from the Highest Level to go to Prof Mahmood's home & meet him to kind of placate him.

It was a very tense meeting. He was in his typical form, fuming with anger. I must still say, on a personal level, he stayed respectful towards me and even offered tea with biscuits.

In my arguments, I advised him that UHS is a great achievement and the Punjab Govt fully demonstrates ownership of UHS  but that KE has a   1 -1/2 Century glorious legacy too, which cannot be merely thrown out of the window. I remember saying “Sir, King Edward was there, before you, Mumtaz Hassan and myself and shall be still there after we are gone”. Despite all my respectful efforts at convincing him to back off, he still persuaded the President of Pakistan that UHS would not be complete without KE as a constituent college. I understand he even threatened to resign as BOG Chairman.

We were so worried about inevitable defeat and that’s when Prof Fateh Khan jumped in. He personally took me to the high and mighty in Islamabad ( names cannot be disclosed). Despite his frail health he encouraged me and supported us in saving King Edward Medical College and helped later in transforming it into KEMU including conceiving with us the concept of the famous Mayo Surgical Tower- first in Pakistan.

I clearly remember the day I proudly presented KEMU Bill in the Punjab Assembly, he was the first call of congratulations that I received.

There are now many medical universities in Punjab and Pakistan. However, they all owe their existence to the painstaking efforts in the years 2003 and 2004 when we saved KEMU. Many of the details of the great efforts to make KEMU are not known to people, but history must be rightly recorded.

I feel without Dr. Fateh Khan, this would have never happened. While at this Prof Fateh and I got very close (almost a father figure to me). Aisha Malik, his daughter, should be proud of her father.

I was impressed by his humility and gentle demeanor. Yet he outrightly supported King Edward Medical College and its reputation as the mother of all medical institutions in Pakistan.

So as we cherish the memory of all those that made KEMU possible; the real acknowledgment shall be from those at the helm of affairs of these medical universities as they lead them to recognition as true institutions of excellence.

The writer is a former Punjab Health Minister.