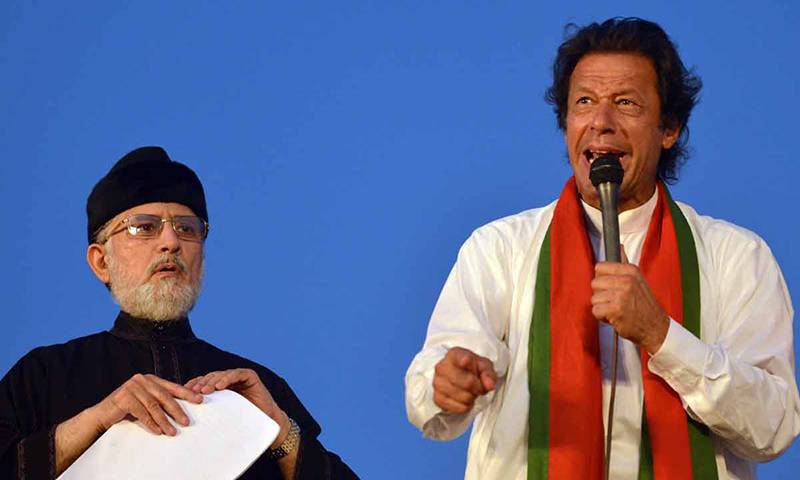 The ATC based in Islamabad issued notices to the police and revenue department to seize the properties of the two absconders, who face charges of destroying property in the Red Zone, attacking the state TV channel's building and injuring a senior police officer, during the sit-ins back in 2014.

The relevant Station House Officers (SHOs) were directed to produce the suspects in court at the next hearing.

The case relates to August 2014 when violence broke out in the federal capital as PTI and PAT supporters attempted to break a police cordon and storm the red zone housing PM House and National Assembly using cranes to remove barricades.

According to media reports, the clashes between police and protesters resulted in the deaths of three people and caused injuries to over 560. Of the injured, 77 were security officials deployed in the Red Zone, including Islamabad Operations SSP Asmatullah Junejo.

The severe decision to march towards the PM House and Parliament was taken after negotiations between the government, PTI and PAT had failed to end the impasse over the resignation of Prime Minister Nawaz Sharif owing to the rigging allegations.

The two parties were protesting against "rigging" in the 2013 General Elections with the active one being PTI led by cricketer-turned-politician.

The sit-in of PTI lasted for 126 days before the Army Public School Peshawar tragedy wrecked havoc prompting the party to call off the strike with the assurance of a commission to probe the rigging allegations.