Who is responsible for reducing global warming, governments or individuals? 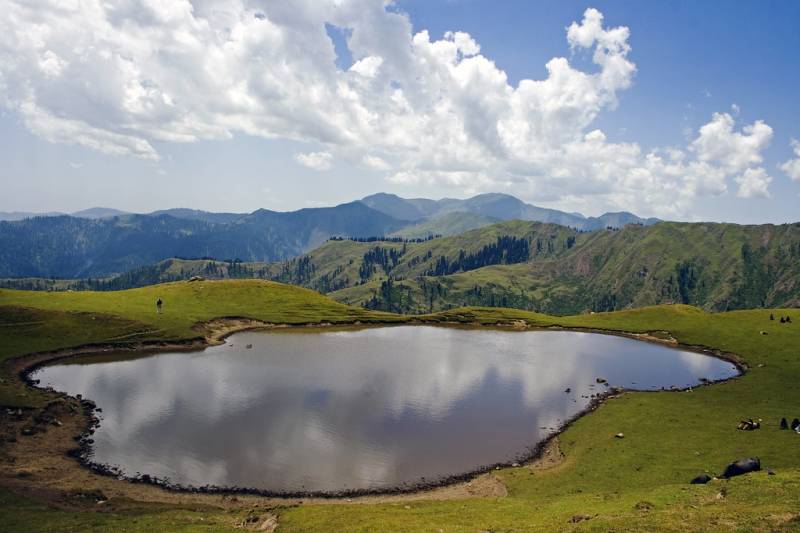 Many people admit their role in damaging our mother nature. Individuals are more likely to be affected and thus sensitized by environmental changes than governments as the latter is more concerned with bigger national issues than localized problems. In Pakistan, for example, dense smog was observed in 2016 which hindered day to day activities of individuals. The government showed concern; however, no significant action was taken against it. The higher authorities stressed upon creating awareness about it but its implementation rests in the hands of the public.

Global warming is fraught with disastrous consequences for humans. In view of its tremendous importance research has been conducted worldwide to find out how to control and reverse this phenomenon. The studies have been reviewed in the form of a book, the bestseller entitled “Drawdown: The Most Comprehensive Plan Ever Proposed to Reverse Global Warming”. The data sorted out has been analyzed and used to solve global warming problems through the formulation of 80 models. The book largely emphasizes solutions based on an individual’s activities. It thus depends on how individuals at household level react and help in averting global warming. If the public reduces the consumption of non-renewable sources then large scale producers will also be discouraged from exploiting finite sources of energy. Therefore, the use of environment-friendly products should be encouraged at the individual level, for instance, the use of paper bags instead of plastic bags in grocery stores. This would also discourage factories from producing goods made of plastic that are detrimental to the environment, thus highlighting the importance of collective reactive power.

Digital technology has entered a number of areas of commercial significance. The emergence of online marketing at international level is one of them. As a result of such an online deal, China annually dispatches 15 million mail-packages to Finland. (Helsingin Sanomat, 3 March 2019). The dispatch of such a huge cargo through different transport means across long international distances serves as a source of environmental pollution through emission of greenhouse gases and thus criminalizes as a culprit in global warming. Such environmental hazards can be obviated through the development of innovative national policies, designed to inculcate predilection among the populace for the consumption of indigenous products manufactured through environment-friendly processes.

Modern innovative practices have been introduced in agriculture, particularly towards the end of the last century. This has led to massive agricultural production. To offset the adverse effects of global warming, farming techniques based on environment-friendly methods, ought to be introduced. These new methods directly or indirectly reduced the number of greenhouse gases released in the atmosphere. Researchers at Stanford University led studies on this aspect and recorded their findings in a publication. Steven Davis, co-author of the paper, as a result of the investigation, recommended investment in agriculture as a cheap means of avoiding the emission of greenhouse gases. High demand for scarce resources such as water and energy has impelled farmers to look for and apply more innovative farming practices such as dry farming, using drip irrigation and planting cover crops. If farmers show an inclination towards learning advanced scientific techniques to grow crops and raise livestock then the government may also be moved to set up institutions and model farms for training them on modern lines. However, in Pakistan reluctance to these latest methods has been observed as people complain that this has led to reduced labour requirement and high unemployment. Chaudhary Abdul Hameed, Director, Faisalabad Agriculture (Extension), opined that the earnings of a farmer, made in his profession, also depend upon how much favourably inclined he is towards new developments in agriculture.  But it is now dire need of the hour to adopt modern methods for food production and meet the increased needs of food for a rapidly growing population.

Excessive use of fossil fuels in agriculture and the resultant share it had towards greenhouse gas emission necessitated the search for its replacement. Installation of solar panels and wind turbines on farms as a source of renewable energy was engineered as a substitute. Technology for production of renewable energy being at a nascent stage of development it required improvement in its efficient use. Other steps deemed desirable to reduce environmental pollution include less use of fertilizers and pesticides derived from petroleum products. Besides farming practices, storage and movement of crops may also preferably be based on renewable energy.

In consequence, it could be concluded that the quality of the natural environment should be maintained through efforts both at the grass-root level and through official policies. The role of government and higher authorities cannot be negated but it is the attitude of the public at large that brings about a significant change.