America, Iran and the nuclear deal 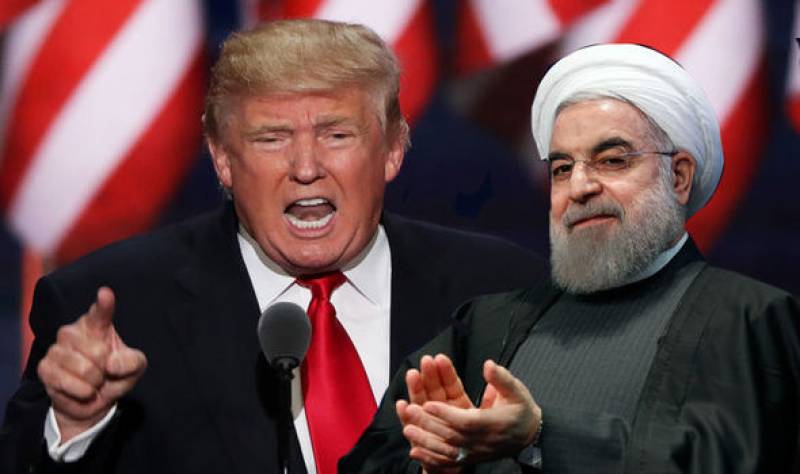 On the issue of certifying Iran’s compliance of Joint Comprehensive Plan of Action (JCPOA) and waiving Iran sanctions, the United States is less likely to heed advice from Britain, France and Germany. Besides Israeli premier, Benjamin Netanyahu’s aggressive push, former New York Mayor Rudi Giuliani, CIA Director Mike Pompeo and Secretary of State Michael Bolton – staunch opponents of Obama-era Iran nuclear deal — surround US President Donald Trump. James Mattis, the US secretary of defense, does not share his colleagues’ view, emerging as the lone pacifist. Given the pattern of reversing Obama’s decisions, pro-Iran deal signatories may not win Trump’s nod for sanctions waivers due in lieu of Section 1245(d) of the fiscal year 2012 National Defense Authorization Act on May 12.

By mid-June, the UN Secretary General’s biannual report will be due on the implementation of Security Council Resolution 2231 (to put it in simple English: the Iran nuclear deal or JCPOA). Then, July 12 marks the deadline for the 90-day certification to Congress under the Iran nuclear deal, which might be interesting to watch as Trump opponents within the Republican Party may stand alongside the Democrats in opposing denotification of the JCPOA. The uproar on the Capitol Hill may not have more credence than cry in the wilderness.

As the team Trump prepares to renege on a landmark multilateral agreement, the European signatories to JCPOA are working hard to win an eleventh-hour clemency. The E3 – German, France and the UK – seeks to strike a balance in saving the deal and addressing the White House objections. As per Reuters, the trio had prepared a list of additional persons and entities for inclusion in the sanctioned list for alleged roles in Iran’s ballistic missile program and in Syria.

EU foreign policy chief Federica Mogherini wants to preserve the JCPOA while admitting that the ballistic missiles are not covered in the treaty. In an interview, she referred to UN Security Council restrictions on Iran’s ballistic missile activities, which, it has not heeded at all.

IAEA Director General Yukiya Amano sees  Iran as compliant besides having full faith in the agency’s ability’s monitoring apparatus.  He says the UN body has “access to all the locations that we needed to visit.” Amano believes that the JCPOA ensured extra monitoring and verification, under which over “2,000 tamper-proof seals” were placed on nuclear material and equipment. Moreover, the IAEA receives “hundreds of thousands of images captured daily by our sophisticated surveillance cameras in Iran — about half of the total number of such images that we collect throughout the world.” It’s a pretty clean chit until one discovers that the Iran nuclear deal does not include military sites such as Parchin. The strategic military research base, 17 miles southeast of Tehran, has been off-limits for the IAEA from 2011 to 2015. It is allegedly being viewed as secretive and parallel facility continuously engaged in research and development of the nuclear program.

Some reports suggest that Trump may not fully thwart the Iran nuclear deal while saving his face before his voter base ahead of Congressional mid-term elections. He may sign the waiver on sanctions, according to one speculated scenario, but restrain the treasury department from enforcing it. The US stays in the deal yet exert pressure on Iran by denying her of investor confidence. Tehran’s ongoing currency decline has resulted in monumental inflation. The regime needs to foreign investment to create jobs and quell the soaring public rage. Meanwhile, Iran estimatedly spends over $12 billion annually on Hezbollah and proxies in Syria and Yemen.

Washington can also take an easy route of ‘snapping back’ sanctions over suspected violations, a provision embedded in the JCPOA that can be exercised by any signatory unilaterally. It’s a kind of built-in veto to which Iran agreed to while signing JCPOA. The ‘snap back’ clause may be invoked as an easier fix in legal terms but can be politically explosive to the extent of harming trans-Atlantic solidarity, even if one does not take into account repercussion from Russia and China. The giants like Total, Boeing and Airbus won’t risking their investments in Iran any further. Later, the US Treasury may follow-up on stronger deterrent by announcing to bar companies doing business with Iran. The legal prospects of such an approach were studied against Cuba.

What could be the repercussions of denotifying the nuclear deal for the US, its European signatories, and Iran and its neighbors including the Gulf states? In the short run, Trump wants to send a strong message to Pyongyang ahead of his much-anticipated meeting with North Korean President Kim Jong Un.

The dangers in a post-JCPOA world

If the US leaves the multilateral agreement, Iran has threatened to quit too. On Tehran’s part, the cost of going rogue is vindicating the White House which would then claim to have rightly called the bluff. The regime has already threatened to revert to 20 percent uranium enrichment from the currently reported and monitored almost four percent.  President Rouhani’s decision to quit Nuclear Non-Proliferation Treaty will result in severe implications for the economy and result in further isolation. In the event of quitting the NPT, China may not stand by Iran, unlike Russia.

The regime has already hinted at carrying out scientific research after quitting the NPT. On February 22, the IAEA made public Iran’s decision to “construct naval nuclear propulsion in the future.”  The UN agency’s request for additional information was not obliged. Naval nuclear propulsion requires the possibility of higher-level uranium enrichment for naval reactors than permissible under the JCPOA.

Saudi Arabia and the United Arab Emirates may quit the NPT in a knee-jerk reaction. Both have been negotiating for housing nuclear reactors under the IAEA safeguards. For Turkey and Pakistan, the change in the nuclear status quo will be unsettling. Islamabad, already a nuclear power state and neighboring nuclear-armed India and China, can’t afford a yet another nuclear neighbor with radical ideology and history of often acting rogue.

In a scenario whereby the US opts for ‘snap back’ clause or simply abandons the nuclear deal, its European allies will try to save the JCPOA with the help from China and Russia. The situation puts Iran in a better bargaining position politically. Tehran will trumpet its victimhood, mustering greater support from anti-US camps in Iraq, Syria, Lebanon, Turkey, and Pakistan. The buck does not go further. None of its sympathizers will risk signing trade deals or infrastructure projects with her.

Donald Trump’s aggressive posturing may work in the US favor as it has for the US fleet in the Gulf. The US Navy vessels are no more being harassed by Iran since Obama left the White House, for his successor has repeatedly threatened to sink any boating acting in a hostile manner.  Thus, prospects of the Ayatollah agreeing to revisit the Iran deal are not negligible. Given higher stakes within and abroad, the regime may return to the table, at best to gain more time.

Any success on the Korean peninsula will help restore US prestige and undermine Iran’s deep ties with the North. If the likes of Mattis and E3 prevail in Washington, the policy of ‘simmer’ can be the outcome. The White House preserves the status quo but wins support for fresh sanctions for Iran’s missile program and carrying out proxy wars in the larger Middle East. By dint of that, Iran may be denied of any energy or infrastructural investment from the European or for that matter Korean and Japanese multinationals.

America’s defiant approach to the Iran nuclear deal may also push Iran further closer to Russia and possibly China, which has tread carefully to preserve its trade interests in the West and the East alike.

In the wake of Trump’s rigidity, the UK, France, and Germany will increasingly see Washington ever less reliable and rational an actor, thus creating a transatlantic rift.

While the JCPOA puts the onus back on Tehran to address the legitimate demands of the international community as well its own people, let Iran free of the obligation and go rogue to pursue nuclear and ballistic missile ambitions amplify the dangers of a multi-front Middle Eastern war. As much as Iran seems ready to fight out its Arab neighbors across the canal, it has IRGC units and Hezbollah militant on their toes to retaliate against Israel.

Today’s Iran is not as strong and energetic as it was during the Iraq war in the 1980s. Its technology is vintage, military footprint overstretched, domestically divided and economically fragile. Iran is least prepared and equipped for a prolonged conflict even on one front.

For the sake of international stability and regional peace, the White House must exercise restraint while relying on the diplomatic option to deal with Iran. Equally necessary it is for Tehran to step back from its proxy wars on the one hand and fully comply with the NPT obligations by allowing IAEA access to all suspected nuclear and military sites.