Pakistan’s population is likely to be doubled by 2050 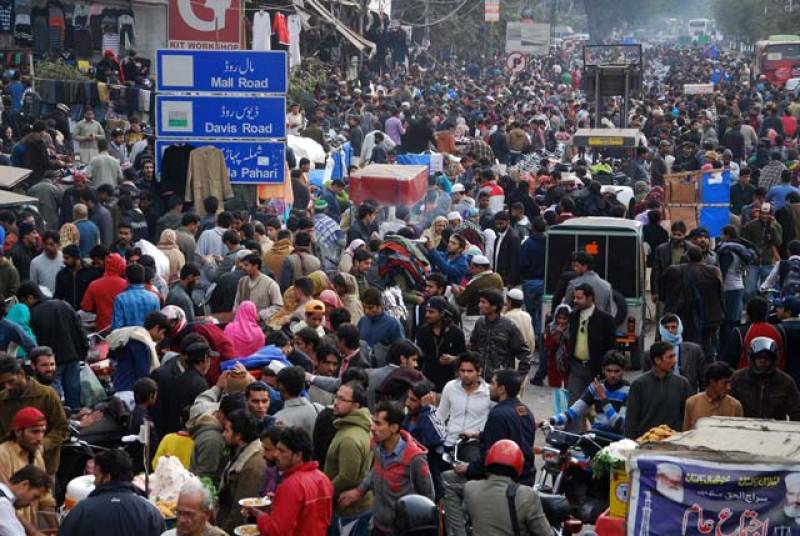 United Nations (UN) has projected that Pakistan’s fertility rate will double its population to be more than 400 million by 2050, which already ranks 5th in the world but 33rd per land size. It portrays a terrible future if comparing with human development indicators like health, education, housing, and other fundamental needs where it stands 152nd in the world.

According to the UNICEF, five million babies are expected to be born in Pakistan in 9 months since the COVID-19 outbreak. This is a huge number of expected births that will not only burden the women’s reproductive health but will cause the supply shortage of necessary medicine and health supplements in markets and hospitals already overburdened due to the COVID-19 pandemic. This upcoming situation will increase Maternal Mortality Rate (MMR) as 140 deaths per100,000 live births and Infant Mortality Rate (IMR) as 52.30 per 1,000 live births which are already very high in Pakistan. In the global context, Pakistan is ranked 61st in the Maternal Mortality Rate (MMR) and 20th in Infant Mortality Rate (IMR).

Mukhtaran Mai, a renowned women rights activist, urges for emergency steps to control this population explosion in Pakistan. She stated that reproductive rights is one of the basic human rights of every woman and our society has to change its mindset towards large family size as only the small family size has a positive effect on the health of girls and women. She further added that majority of us are not financially capable to handle a large family size but lack of awareness and family pressure force women to have more children.

While answering a question about World Population Day, 11th July, a senior population expert expressed his disappointment that the issue of overpopulation is not even in the priority list of the Pakistani government. None of the political parties discussed this issue in parliament in recent months. This political attitude reflects a lack of ownership of the most pressing issue of our nation which is coming up as a disaster.

While addressing a gathering of field workers and service providers of family planning in Bhurban on March 20th in 2019, Dr. Qibla Ayyaz, who is Chairman of the Council of Islamic Ideology, talked about the reproductive health rights in the context of Islam. He suggested the government to officially use the word of “population management”, instead of family planning to make it acceptable for all religious groups in the society. But his thoughts are not heard in the religious circles yet which demand the continuous engagement of religious leadership for this purpose.

In his early speeches as Prime Minister, Imran Khan seemed concerned about the issues of overpopulation, malnutrition, and stunted children which he quoted on different occasions. But gradually he hanged-up with opposition parties and indulged himself in routine political stuff. Ultimately, no national narrative and policy could be developed to address these issues. In this scenario, the private sector is a blessing for the nation to bridge the gap left by the government.

To respond to the directions of the Supreme Court on the country’s population situation, each province is doing just face-saving efforts to portray their commitment. But in reality, there is no serious effort to make the Population Welfare Departments more efficient. We have not seen any effort to act upon or allocate necessary resources. These face-saving efforts are limited to conduct some seminars, workshops, and sessions which are good tools though but not enough to bring significant change in current 34.2 percent Contraceptive Prevalence Rate (CPR).

The majority of the Pakistanis firmly believe that Allah has taken the responsibility of feeding every human being, and there is no need to plan the family. People do not even consider their children’s healthy soul, mind, and body needs. We are not capable to fulfill our children’s fundamental needs with a limited economic growth rate of 1.5 in the year 2020-21. On this year’s World Population Day, we must wake-up the decision-makers to prevent Pakistan from doubling -up with 403 million people by 2050.

The author is a social activist and working for the reproductive health rights of women in rural Pakistan. He can be reached aamiryousaf11@gmail.com