Gender inequality: a major deterrent to economic progress and development 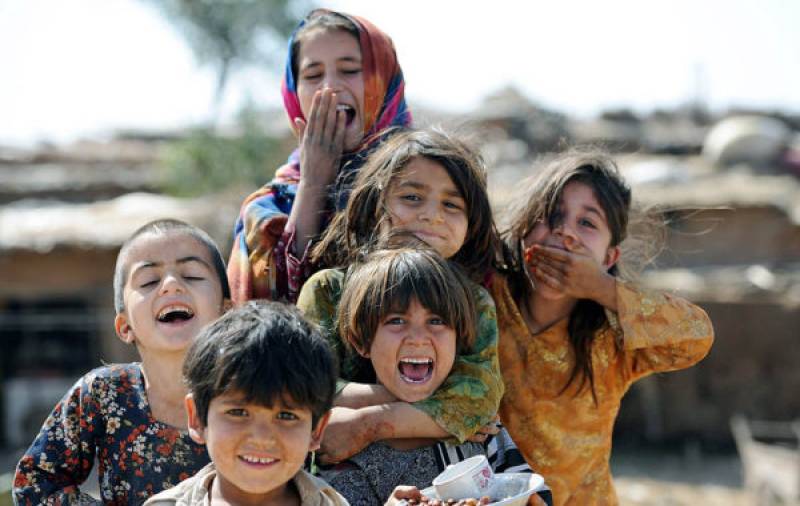 “Globally, women account for only 38 percent of human capital wealth versus 62 percent for men.” World Bank's latest report titled The Cost of Gender Inequality: Unrealized Potential: The High Cost of Gender Inequality in Earnings highlights different aspect ranging from reasons to implications of discrimination. The stats reflect that these figures rapidly decrease in “low or lower-middle-income countries” where a woman is considered a weakling.

Keeping up with the fast-paced world of today when dynamics of power, prominence, sustainability and prosperity play out, economy demands utilization of all the assets which include women. Underdeveloped nations’ speed of transition is slow mainly due to education crises. The people of Pakistan also lag behind as the major part of society, and women struggle to participate in economic growth. This pitiful situation is a result of the unavailability of equal opportunities and value to the women.

Male superiority inculcated in the minds of children from the word go are failing most of the underdeveloped countries. Women are neither treated equally domestically nor they are provided with chances and training to empower them to participate as a workforce.

Pakistan is en route to economic failure with lowest ever foreign reserves and highest ever exchange rate of USD now. Apart from many others, one of the most damaging and persistent reasons is the extremely high economic cost of gender discrimination. The female labor force in Pakistan only accounts for 25 percent while men participate almost 85 percent in country’s economic.

Do women work? The answer is rather shocking. Women not only work more than men work but also make almost 70 percent of the decisions regarding everyday use products. Why is this depicted in the economic growth of the country? The answer, this time, is quite simple: all their hard work is unpaid for the male segment of the society firmly believe that women are made to perform domestic chores.

Women in developed societies, on the contrary, are educated, enlightened and aware of the fact that they are an individual entity who is highly capable of performing successfully in all the fields of life.

The World Bank’s report clearly depicts that gender inequality leads to a loss of $23,620 per person on per capita basis. Pakistan and other similar countries are the major contributors to this loss. In all 141 countries included in the analysis can add $160 trillion if women’s earning equals men.

Unfortunately, Pakistan is the second worst nation among the 144 countries in the Global Gender Gap report 2017. Yemen stands at the bottom but the rest of apparently backward and war-affected countries are better than the land of pure on the list.

Gender inequality is deliberately inculcated at very age in females in Pakistan when girls are made to localize the notion of the necessity of being weak and vulnerable. They are trained in a way that individually they are valueless, hence a supervisor must lead them: as a father, brother or husband. This criminal practice leaves a lifelong fear in the minds of Pakistani girls.

The loss of self-esteem and individuality deprives the girls of their own worth making them a lesser being always following the directions of male supervisors. This heinous crime is committed collectively by family and school, and when girls reach their teenage, they are already brainwashed.

Exceptions are treated inhumanly: childhood marriage, physical assault, murder or mental torture is frequently practiced in our society to suppress girls. Unfortunately, Pakistani women at large are treated as a servant instead of a human being.

Women empowerment can only boost the economy and it isn’t practical in the presence of burden of unpaid work which includes cooking, cleaning and care responsibilities. Women in our society are trapped in domestic chores. No time to think about their own self is provided to them for they won’t be controlled by their male in charges if they realize their strength.

A very low number of women own houses in Pakistan even the land bought by their money or inherited by them is beyond their control.

Highly educated females serving the nation in different capacities find their lives jeopardized after marriage. In-laws, who accept them as a working woman at the time of proposal, start creating disturbance using a variety of unkind and unethical methods right after the marriage. Life is made bitter than hell for working women once they get pregnant as their lives, bodies, and wombs belong to husband and in-laws. The hard-earned position and education turn into a nightmare, resultantly their wishes and dreams succumb to the cultural norms.

Tax laws and inheritance rights’ inequalities which favor men in Pakistan also prevent women from serving in certain institutions, IMF says. Women are paid far less than men for people believe that women only work to buy their clothes and makeup related stuff but the fact is often otherwise. Every human being wishes and deserves to be engaged, considered and acknowledged by others.

Women’s earning will increase if special importance is given in early childhood: education, training, confidence, practical projects and opportunities to volunteer are provided equally. Addressing sociocultural hindrances to engage the women performing unpaid work at homes and agricultural lands will decrease the capital loss and help strengthen the economy.

Pakistan has to overcome the school enrollment’s pathetic condition where most of the female kids are not even sent to schools. Policymakers and social trendsetters must realize that the case of women empowerment is stronger than ever now and if condoned it can lead to impeccable losses in shape of the economy and social chaos. Implications of gender inequality are perilous to the extent that social fabric is on the brink of fragmentation.