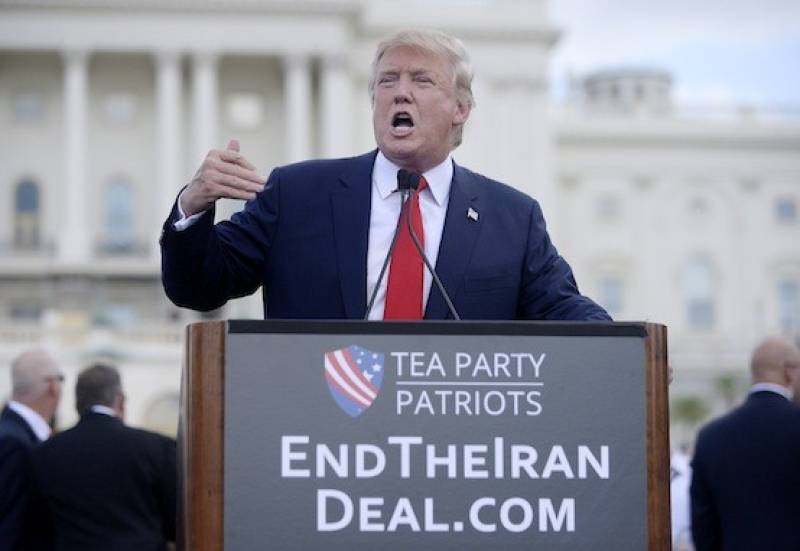 Not many officials in Pakistan will publicly discuss Iran’s nuclear program and Tehran’s troubles with the agreement it signed with big powers. And rightly so. It does not concern us. But Pakistan is closely monitoring the international diplomacy on this deal.

The deal itself is good. The problem stems from Iran’s foreign policy choices that have prompted several countries to use the deal to ratchet up pressure on Tehran.

Pakistan is watching this for two reasons. One, Iran is a neighbor, and apart from regional stability, the case has ramifications for nuclear proliferation. Though there is no comparison between the nuclear histories of the two countries, Pakistan would want to avoid being in Iran’s position.

The second reason is more discomforting. More than a decade ago, Iran, and to some extent Libya under Gaddafi, told the IAEA that Pakistan assisted them with their nuclear programs. This turned the international spotlight towards Pakistan. Islamabad launched an internal inquiry. Investigators did not find any evidence of official involvement. However, top scientist Dr. Abdul Qadeer Khan accepted personal responsibility for passing on nuclear blueprints to Iran and other countries.

Iran and Libya used Pakistan to ingratiate themselves with the IAEA and the western powers. The two probably thought they would get off the hook by producing a smoking gun on Pakistan.

But beyond creating a blot on Pakistan’s nuclear safety record, the incident did not cost Pakistan much in diplomatic capital. More importantly, it did not shift international attention away from Libya and Iran. The Libyan program was dismantled. And, fourteen years later, Iran’s program remains in trouble.

One of the areas of focus for Pakistan regarding the Iran program is how the issue is closely being linked to Tehran’s foreign policies. Western powers are quietly establishing a new rule: a country’s foreign policy choices directly impact its image as a responsible nuclear power. Iran and North Korea are examples.

The nuclear deal gave Iran international acceptance, lifted sanctions that crippled trade, and gave Tehran access to $100 billion in frozen assets. The underlying logic was that normalization would help Iranian leadership change some of its regional policies and transition from a revolutionary mindset to normalcy.

Here is where the link between a nuclear-armed state and its foreign policy becomes clearer: three years after the agreement was signed, Iran shows no signs of ending its wars in Yemen and Syria, and in multiple countries in the region where it maintains varying levels of involvement.

Last week, as the debate raged over the nuclear deal, the last thing Iran’s overworked diplomats needed was a diplomatic crisis with Morocco, a founding member of the Organization of Islamic Cooperation. Morocco cut off diplomatic ties with Iran and expelled the Iranian ambassador. Moroccan media accused Iran’s Islamic Revolutionary Guard Corp, or the IRGC, of funneling weapons to a separatist group fighting the government. Morocco is a US ally. Last year, at least four other countries—Kuwait, Tajikistan, and Nigeria—made similar accusations against Iran.

While the nuclear agreement is proceeding well, it has not changed Iran’s regional behavior, according to some experts. If anything, Iran appears more confident and more aggressive today. This, some experts believe, would mean that Iran could resume its nuclear program in the future.

President Trump may not be able to count on Germany and the United Kingdom to renegotiate the terms of the nuclear agreement or to change Iranian policies. And these and other European countries could stall Trump and provide Iran some diplomatic relief. But Washington appears ready to replace its European allies in this case with an emerging Mideast coalition opposed to the policies pursued by Iran. Morocco would certainly join in. Egypt has indicated it is open to the idea of Arab armies being deployed to Syria. Saudi Arabia, Turkey and Israel each have their own sets of grievances against policies by Iran.

To what extent could Iran rely on support from China and Russia? Despite all the bluster, Moscow and Beijing pursue interests, not ideologies. Russia refused to provide cover to Assad or Iranian forces in Syria against Israeli and western missile attacks. Moscow only protected its own personnel. China is helping the US in North Korea while managing a trade war with America, where it recently offered some concessions.

Russia and China will support Iran up to a point but are unlikely to go to war with America in defense of Iran’s foreign policies.

So, the point is: access to nukes entails a responsible foreign policy. Where Iran is faltering on this count, Pakistan has learned the lesson early on. Islamabad has one of the best nuclear command and control systems in the region (see here, and here). But this does not mean Pakistan is completely immune to a big power like the US using the security question of Pakistani nukes to extract concessions elsewhere, like in Afghanistan.

In fact, Washington has done something close to this recently, imposing sanctions on several Pakistani companies allegedly involved in nuclear trade. Those sanctions are mild, require American companies to get special licenses before dealing with those companies, and do not amount to a ban or freezing of assets. Many observers believe it’s more about Afghanistan than nuclear trade.

Unfortunately, last week’s suicide attack on a bus carrying employees of Pakistan’s nuclear agency, and the assassination attempt on the country’s federal interior minister, help skeptics point to the chronic instability problem in the country that feeds wild theories about the nuclear arsenal.

Pakistan is not a fragile country. However, we do need a more robust global engagement at a level befitting a stable, mature and prospering nuclear power that Pakistan is.