COVID-19: Conflict in Pakistan and World 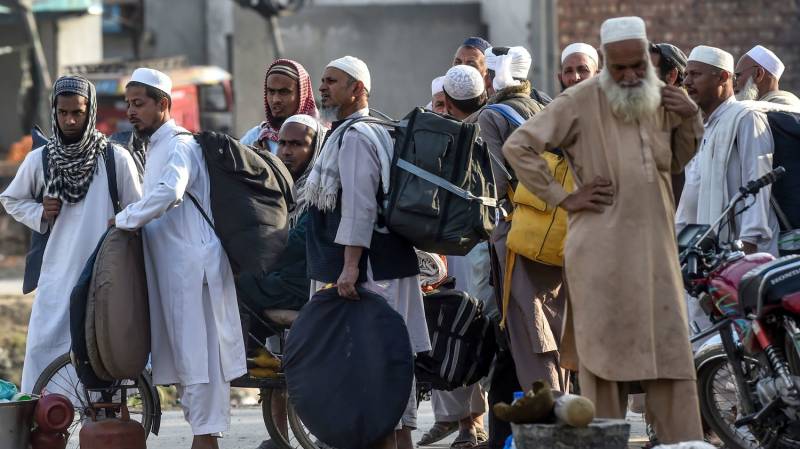 Although religion is perceived to have the spirit of connecting people, the COVID-19 pandemic has further dividends the followers of diverse faith traditions. It started from their belief that “no one can get sick except the will of God” and immediately turned into conflict and violence over religious minorities, and the opportunity of countering religiopolitical rivals.

Though such incidents have been mainly noticed in the developing world, the developed world has also been experiencing religious narratives negating the reality and health concerns of COVID-19 at significant levels. Despite the advisories around social distancing by global and national health organizations, many religious circles around the world did not compromise their in-person and packed religious assemblies.

Tablighi Jamat totally ignored the health advisories of social distancing and limiting attendance with the belief that religious attendance would not COVID-19 let in the participants. "The government's apprehensions stood true as several Tablighi Jamaat activists have tested positive for coronavirus and they caused the spread of it,” said Danish Afzal who is Deputy Commissioner of Lahore city in Pakistan. The divide further deepened when the government allowed Pakistani Shia pilgrims to enter back in the country from Iran where COVID-19 was getting a peak then.

Thus, the Sunnis, particularly those affiliated with Tablighi Jamaat, held only the Shia community being responsible for the COVID-19 outbreak in the country and even some started calling it “Shia Virus”. Thus, already on the edge of violent conflicts between both of these sects, the Shia-Sunni divide has further deepened in Pakistan. At different other incidents, the clerics of Barelvi sect completely negated the government’s social distancing advice, even some called it a Western conspiracy and continued their religious gatherings like assembly at mosques that caused rapidly increased COVID-19 cases in Pakistan. Around 80 percent of Pakistani Muslims belong to the Barelvi sect.

Whereas in India, the COVID-19 outbreak offered a fresh opportunity to the Hindu nationalists to justify violence upon Muslim minorities. The separate column of Tablighi Jamaat related cases gave justification to the Hindu nationalists not only to conduct violent attacks on Muslims but their socioeconomic boycott as well. Arundhati Roy, a renowned author, called it another “genocidal behaviour toward Muslims”. The hate towards Muslims reflected in various accusatory terms invented by Hindu nationalists, such as Corona Jihad, Corona Terrorism, Corona Bombs Tablighi, Super Spreaders, and many more. Some called Tablighi Jamaat members as ‘human bombs’, and others suggested COVID-19 Muslim patients convert to Hinduism if they want to be hospitalized. The outbreak of COVID-19 further victimized the Indian Muslims who are already suffering from the hateful violence by Hindu nationalists who believe that India belongs to the Hindus only.

The COVID-19 has not only provided motivation for the persecution of marginalized and religious minorities, but it also provided cover for such incidents in many other countries, like Muslims in Myanmar and China, where religious minorities are already living on the margins.

The Middle Eastern countries took COVID-19 to count on their historical religiopolitical tussle. With already strained relations, Bahrain and Saudi Arabia view COVID-19 spread in the region due to Iran’s irresponsible behaviour. “Iran has allowed the disease to travel abroad…this constitutes a form of biological aggression that is criminalized by international law", said Bahraini Interior Minister. Saudi Arabia sealed its Eastern Qatif province due to around 500,000 Shia population there, and it was the only area in the country that was completely cut off. The pandemic is being used to ground Sunni and Shia narratives in the region. The organizations, like Hamas and Taliban, are reported for working to be helpful in this pandemic to firm their spaces at the community levels in Lebanon and Afghanistan.

In the Western countries, COVID-19 provided space to flourish hateful narratives based on the religious and ethnic beliefs that supported structural violence in various incidents reported. For example in Europe, the lockdown further marginalized the Roma minority by pushing them at the mercy of racist and violent police officers as Roma minority has been facing structural violence for decades. Even, the Pope confronted with Italian authorities in wish to keep churches open for solitary worship.

Some white supremacists in the United States blamed Jews for COVID-19 and shared a meme on social media, Telegram, encouraging those with the virus to spread it to the religious minorities. A number of evangelical Christian ministers, like a pastor in Florida, refused the government health agencies’ social distance guidelines and continued their congregational services. Though cases were filed against those, they significantly installed the narrative in their congregations that COVID-19 is just a conspiracy, and no one can get sick while praying to God. Some named it as a divine plan and a punishment of humanity’s sins, and adherence to proper rituals can protect from it.

This article does not mean that religious beliefs only contributed to the conflict, violence, and persecutions while spreading the COVID-19. There are various examples where pastors and Imams followed the social distancing advisory and shifted their religious assembly services online. Since religious sentiments do not necessarily get satisfied in the online spheres, the faith groups and denominations will have to identify ways of practising social distancing and other precautions if they want to continue in person religious gatherings.

The author is associated with the Center for Justice and Peacebuilding at Eastern Mennonite University, Virginia, USA. He is Atlas Corps’ alumnus of U.S. Department of State’s EGLI.