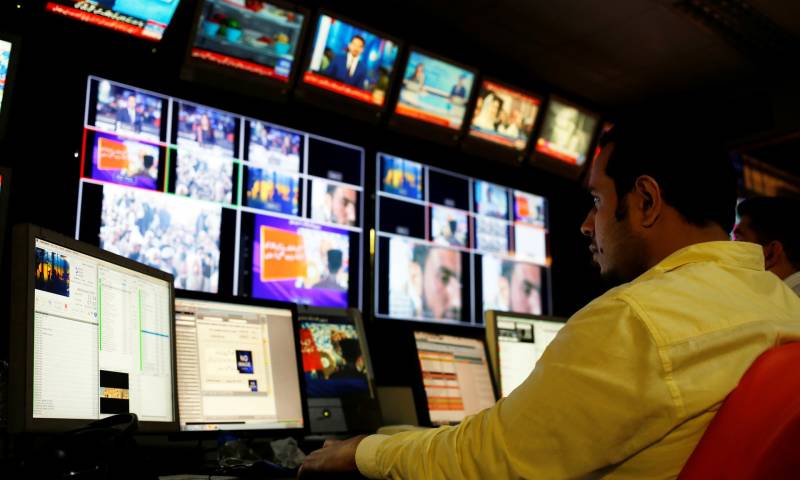 A few decades ago, people used to listen to a Radio to get informed and that also at a specific time. The other option was to wait for the newspaper which had detailed news and viewpoints of renowned analysts.  While today with the advance of technology, media’s power is much greater than any other institution of the country particularly in Pakistan. Indubitably, its impact can jolt any society including the most sophisticated ones but in the land of pure mainstream and social media’s trends define the fate of an issue.

Simultaneously, this excessive reach puts certain responsibilities on the shoulders of journalists and owners of media groups. Fulfilling the duties with utmost honesty and wisdom should be media’s priority.

Today one of the most significant questions regarding media’s approach toward the prevalent political season is should the media’s role be restricted to horse race journalism only during elections?

Pakistani media seems to be more focused on a campaign coverage which portrays the positions of candidates in their constituency. Talk shows have moved out of the studios. Famous anchors and journalists are busy asking people about their favourite candidates.

All these interviews consist of questions asking people whether previous MNA and MPA were able to make bridges and roads. Furthermore, the public answers questions about sanitation, water availability and how many times the ex-members of assembly did visit the constituency. In the second phase, contestants are interviewed which are often held at the ugliest looking places.

The previous member, if he is contesting the election again, is only asked about the prevalent poor conditions of certain places in his constituency while on his turn, the opposing candidate, after pointing to the inabilities and weaknesses of the adversary promises that he’ll build the roads, provide clean water and eliminate the energy crises, once in power.

Instead of focusing on the policies meant to bring prosperity, stability and sustainability at national or provincial scale, concentrating on who is going win is an easy business as it requires almost no skills or knowledge. In addition, such campaign coverage becomes a political advert for the candidates since it is thoroughly based on public opinion. Ultimately, not only it leaves masses uninformed, but also for a better-placed contestant, it serves as a free publicity.

"Who's-gonna-win is portable, reusable from cycle to cycle, and easily learned by newcomers to the press pack," says Jay Rosen. He adds that journalists believe that it also attracts eyeballs to the screen. A campaign coverage of alike nature truly helps media groups multiple their profits in Pakistan where news channels’ fame is unmatchable as of yet.

General Elections 2018 are scheduled to be held on July 25, 2018, and the prevalent more than ever challenging conditions demand a collective effort as the major issues faced by the people are a result of misplaced policies. Poverty, corruption, injustice, scarcity of water and energy, the poor performance of education and health sector and inflation all point to a shared failure.

The scenario has worsened in Pakistan where different media groups are blatantly supporting their favourite parties. One channel whole-heartedly backs a party while the other broadcasts news as if it belongs to the other parties’ owner. This attitude of media has widened the gulf between people following different parties.

In Pakistan, Facebook and Twitter are the two most used social media platforms. Facebook is used by the majority whereas Twitter has recently gained popularity. Particularly during this political season, social media has pulled out all the stops to attract the users. Social platforms provided a place for debate on a massive scale. The debate initiators could be divided into two segments: salaried operators and laymen.

The social media teams of parties tried their best to defame the opponents and in this process, all the ethical and moral values were set aside. The sole aim was to denounce the opposing party and its leadership notwithstanding the cultural and linguistic values of the country.

Furthermore, most of the posts were based on lies which were considered as facts by most of the viewers while those who dared to ask any questions or challenged the information had to face swear words and illogical responses. The second segment of users only facilitated these political social media groups by sharing the information or copied the information to share on their page.

Social media is uncontrollable to a great extent in Pakistan since fake accounts, unaware masses and a weak cyber-crime law all hinder the monitoring system. In addition, users believe that telling lies, bashing each other and maligning the institutions on social media is unaccountable.

Mainstream media, particularly private TV channels, could have done a few very simple things to educate the voter. Beginning from training people how to vote as a great number of votes in rural areas are discarded because people don’t know the correct way of voting there. It was the media’s duty to spread the awareness.

While all the parties either new or old have promised to turn Pakistan into a heaven on earth where everyone will be provided with health care, access to education, electricity, jobs, security and whatever is missing but none has disclosed the path.

It’s media’s intellectual duty to conduct debates on policies, for fake promises and sham statistics have already brought the country on the verge of failure. Even on Election Day people believe that if Imran Khan became Prime Minister of the country, they would get jobs, Pakistan won’t depend on IMF anymore, gender discrimination would diminish and every child would get the education and so on and so forth.

Simultaneously, PMLN followers have faith in Shareefs as they think that only Nawaz Shareef and his family are the saviours of the nation. But these voters don’t know how the change will occur and this is only because our media never asked the politicians about their policies.

As a whole, media didn’t perform its increasingly important role in political debate instead it served the wishes of the elite by becoming their mouthpiece.