Trump is disparaging the world order 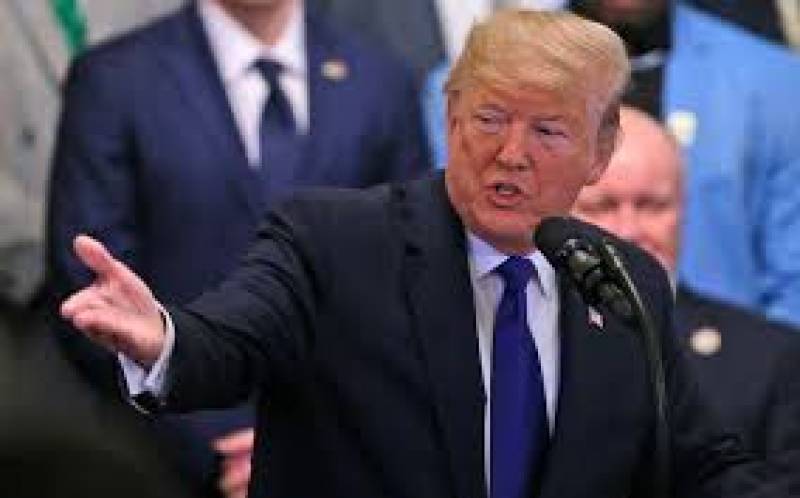 Mohammad Javad Zarif, Iranian foreign minister once said, "Who wants to negotiate with Trump when his deals sometimes don't even last the length of a flight from Quebec to Canada." The liberal international order is a legacy of the United States which Americans can rightly proud of, is being dismantled and disparaged by a seventy-three years old capricious president. Trump’s abdication of universal values, transactional approach to international relations, and hostility toward multilateralism are destroying the foundations his forefathers once erected.

The idea of liberal international order was conceived by the American president Woodrow Wilson following the defeat of Germany in the First World War. The basic theme of the ideology was to discourage war as an instrument of state policy in international relations. Instead of competition, corporation would govern the relations among the nations. Global institutions based on democracy, human rights, and international law would resolve the conflicts. Although, the successive leaders in the interwar era could not convert these words into actions and the world again faced a catastrophe engulfing millions of lives.

Following the Second World War, the liberal ideals were converted into reality. Global institutions including the United Nations, World Bank, International Monetary Fund, GATT (General Agreement on Trade and Tariff later called World Trade Organization) and International Court of Justice were established to govern the relations among nations. The use of force and the threat of use of force was declared illegal. Conflicts were to be resolved through amicable ways. Trade and commerce would be driven by market forces and instead of mercantilism, Keneyism would run the economies. In the political sphere, instead of authoritarianism, the governments would be run through democracy based on equality, inclusiveness, fundamental rights and rule of law. America was a defender of these ideas since then but since Donald Trump took the oval office, he has been disparaging these ideals for his minuscule benefits.

Trump came into power by exploiting the weaknesses of neoliberalism. Due to the decades of unregulated markets, albeit, the global GDP was increased, the income of the middle classes around the world remained stagnated. Neoliberalism benefited only five percent upper strata. In the United States, the financial crises of 2008-09 further added insult to the injury. The Obama administration poured huge taxpayers’ money to recapitalize the banks which made the middle class more vulnerable. Being a shrewd businessman, Trump exploited the growing anger of the middle class which led him saddling the office in 2016. Now, instead of fixing the drawbacks of the system, he is dismantling the whole system through which America became the global hegemon.

Ever since China surpassed economically from the United States, Donald Trump started onslaughts on liberal values while America undoubtedly has been the biggest benefiter of these values. His unprecedented weaponization of economic interdependence by using quotas, sanctions, tariffs and coercion through IMF are undermining international norms that could embolden its adversaries. For his political interests and short-term financial benefits, he is undermining the United States’ long-term strategic interests.

Secondly, his unilateral actions and transactional approach to international politics further embolden America's adversaries and irked its allies. Unilateral withdrawal from JCPOA (Joint Comprehensive Plan of Action) and pulling off the army from northern Syria irked its allies and strengthened Iran's position. Mismanagement of North Korean’s nuclear issue has further weakened the American position in the region and compelled allies to revisit their strategic thinking.

The capricious foreign policy of Trump did not spare even his European allies. He questioned America's commitments to NATO and attacked G7 countries. He also encouraged the dissolution of the European Union which irked its members. Moreover, he imposed tariffs on European steel and aluminum which he admitted that his tariff policy towards Europe had failed to achieve the desired results.

Trump's hostility towards multilateralism and transactional approach in dealings with other countries is undermining international cooperation required for global issues like climate change, non-proliferation of nuclear weapons and pandemics like Coronavirus. His withdrawal from the Paris Agreement could give an excuse to like-minded countries to leave the pact. The corrosion of trust in multilateralism could encourage bilateralism which will hamper International Corporation. Initial diplomatic consensus on all major world problems has always been started from Europe and if Donald Trump continues to disparage multilateralism for his minuscule interests, the world could never be united again as it was in 1945.

Donald Trump's abdication of global leadership might give space to China and Western Europe to fill the vacuum. As in the recent Coronavirus pandemic, so far the United States is failing, While China is turning its apparent success against Coronavirus to broadcast to the rest of the world. The Chines economic development and apparent success against the recent pandemic show that countries don't need democracy to develop and to withstand such pandemics. China came to rescue Italy even before the European Union. Beijing's leading role in the pandemic and aid to the countries across the globe are undermining the United States’ position as a global leader.

On the hands of populists’ leaders, the vital national interests are often ignored. It is right that Liberalism created many issues at home and abroad but instead of fixing them, disparaging the whole system is detrimental. If Trump's actions are left unabated it could not only undermine the United States’ international clout but also embolden right-wing sectarians and jingoist nationalists all over the world. This is what Trump has been doing for the last four years.

The writer is a freelance columnist based in Islamabad.