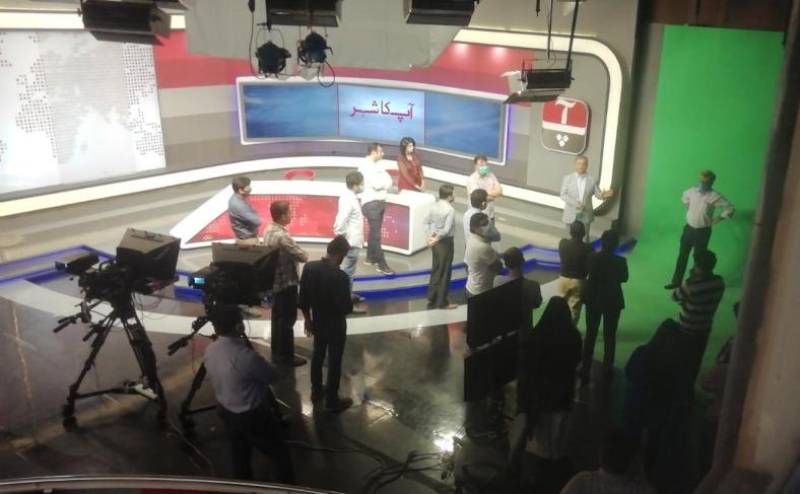 LAHORE - A Lahore based TV channel, AAP News has been shut down for good, an employee of the newsgroup told Daily Pakistan here on Saturday.

"Amir Mir, the channel’s director news, called a general meeting today where he announced the channel is being taken off the air,” Asim Sultan, a journalist working with Aap News said.

"I received a call from Malik Riaz, Chairman Bahria Town, and owner of AAP TV,  that he can’t run this channel due to financial constraints,” Mir told the workers.

In an e-mail sent to its workers, the channel’s administration said that it’s not possible to run the Urdu channel because of some “legal” and “technical” reasons. “The transmission of Aap News is being shut down with immediate effect.”

The e-mail, however, said that workers will be paid this month’s full salary and half salaries for the next three months as per the decision. 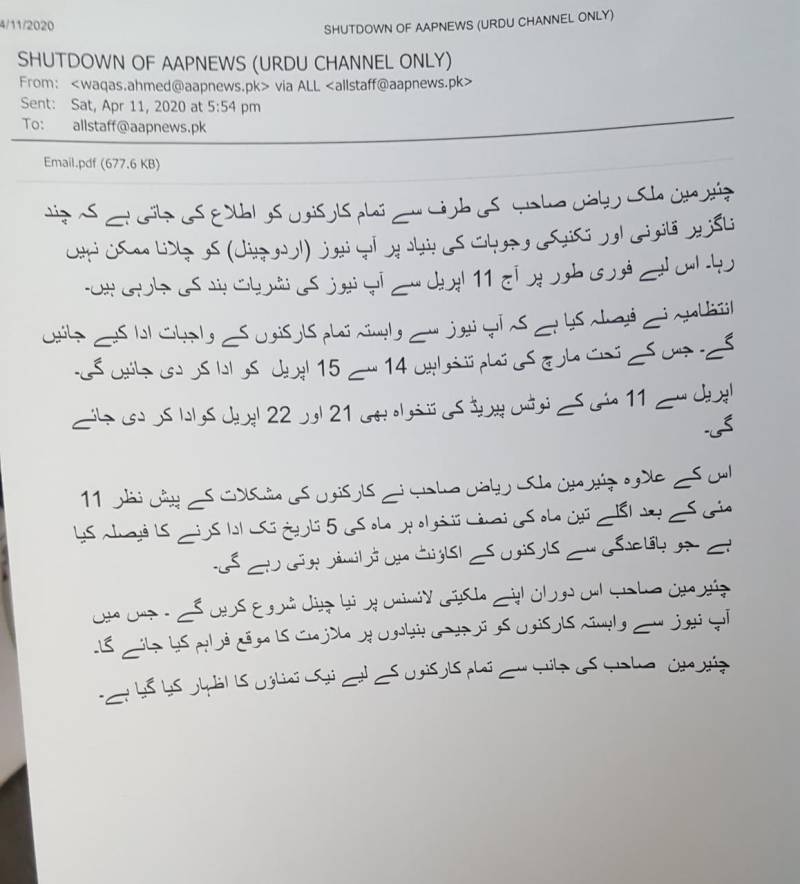 Malik Riaz will start a new channel on his existing license in which the workers of Aap News will be given priority at the time of hiring, according to the email.

The property tycoon took over the AAP Newsgroup in November 2019. The group also has an English-language Indus News channel which will continue to work.

In a message to his team, Indus News’ Managing Director Sarmad Salik said his channel is not being shut down and “would continue as before”.